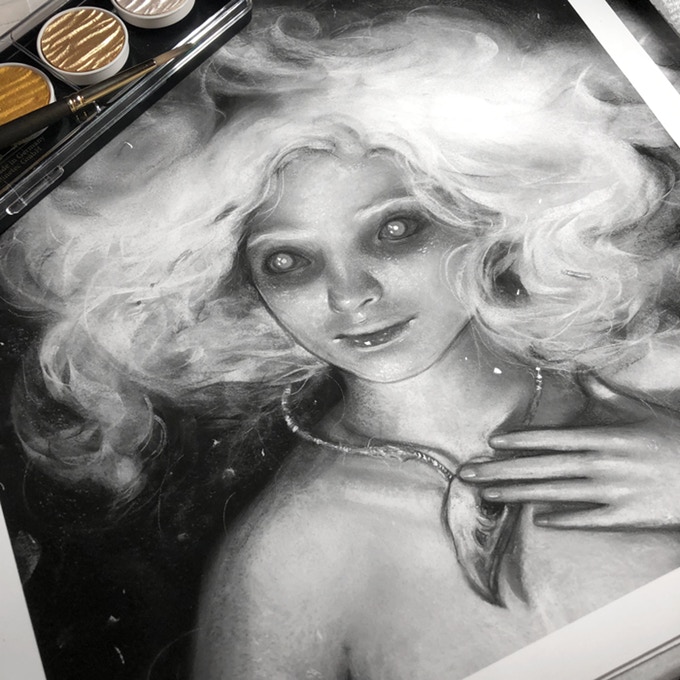 Two artists we love and admire are currently running Kickstarter campaigns you should check out and back! The one with the least time left on the clock is Rachelle Meyer’s “Faces on the Ferry: A Year in Images” and the campaign is about half way towards it’s goal at the time of writing. The other KS campaign is from Ashly Lovett and called “Intrigue: A Little Mermaid Giclee Print”, and has already reached it’s goal! Ashly has produced a beautiful print as a reward for her backers and it looks like it’s going to be worth every penny and the same goes for Rachelle’s screen prints. Please note, Rachelle Meyer’s campaign is called Faces on the Ferry and not Ferry Face, we just thought it made a catchier title for this blog post. 🙂 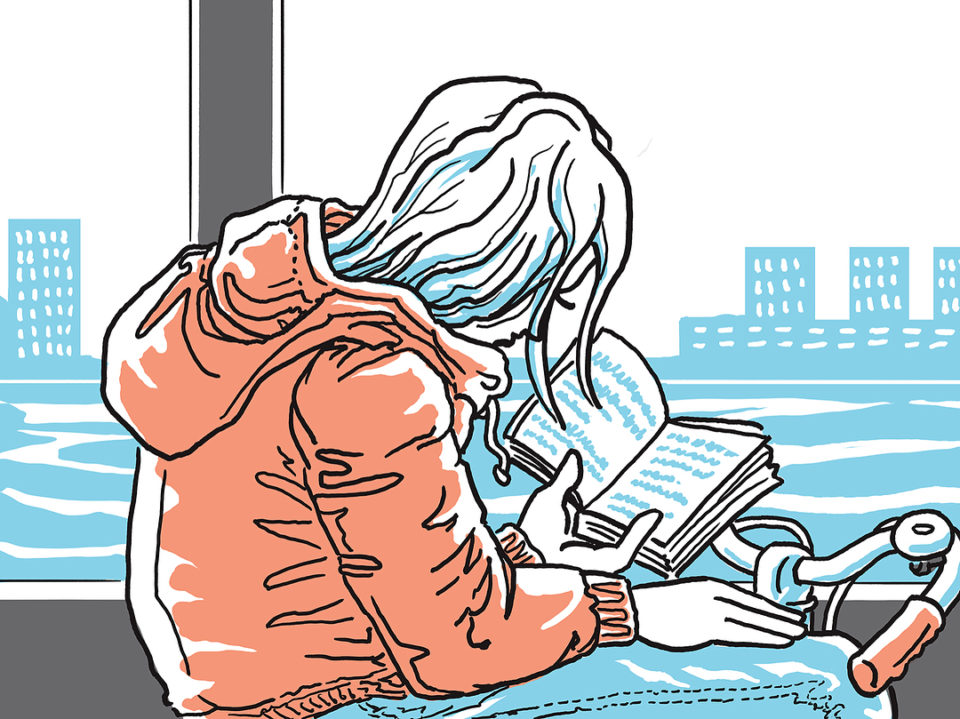 Rachelle Meyer is an American illustrator living in Amsterdam, specializing in children’s books and storytelling. In 2017, she started sketching fellow commuters on the NDSM ferry in a tiny sketchbook. It’s a short trip of about 12 minutes and an additional 15 minutes were spent on the sketches after the ferry hop. Originally posted as snapshots on Instagram, the commuter sketches also found a second life as a soundtracked short film before becoming a Kickstarter campaign.

Ashly Lovett is an illustrator and gallery artist currently living in Louisiana, USA, working primarily with chalk pastel. She loves creating artwork for the horror and fantasy genre. Ashly’s mission is to share her love of all things dark and romantic, and this is reflected in one of her long-term projects, an illustrated Little Mermaid book (launching June 2019). With this initial Kickstarter campaign she is thrilled to introduce her first illustration from the book, which will be the first of many before the book campaign is launched. It features her littlest mermaid, who desperately wants the love of a human prince, so she may share his immortal soul and live forever.

If you love art and you want to support independent artists, you need to back projects like these. You don’t need an excuse to have great art on your walls and it doesn’t take a lot effort to get in on the game and become a backer.

Faces on the Ferry: A Year in Images
→ kickstarter.com/projects/therewise/faces-on-the-ferry-a-year-in-images