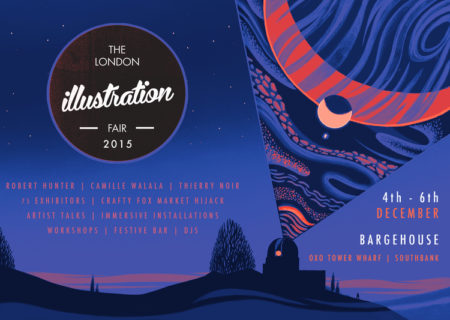 Carlos Garde-Martin‘s newly formed collective Hip! Hip! will be there exhibiting and doing live Gocco printing with bags of quality art related stuff to buy. The video above is from Carlos’ Brighton Cityscape Mural. It looks like the Illustration Fair is going to be an awesome event.