The Boy Who Fell Into A Book – Literacy Project 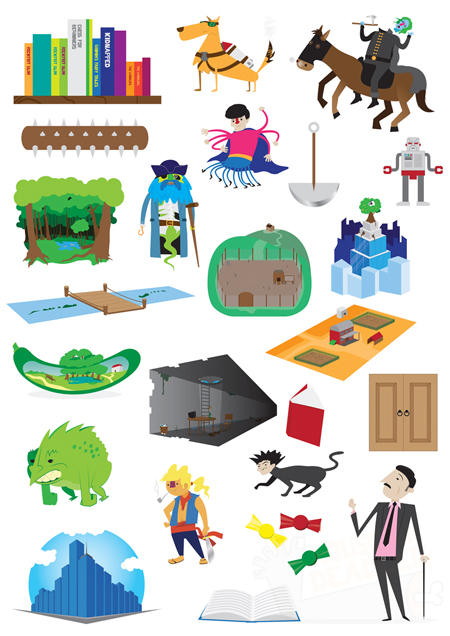 The Stephen Joseph Theatre’s Outreach Department recently launched an educational literacy project to accompany a new summer musical production of Alan Ackybourn’s play “The Boy Who Fell Into a Book”. For the project I accompanied Diana from the Outreach department on a number of workshops in Brompton and Snainton primary schools, working with the children to develop characters, settings and stories based on the themes of the play. The children worked the characters, etc into performances of their own, and I created illustrations based on what they came up with.

As a starting point I made a couple of sample characters/settings based on suggestions from Diana, then it was up to the children. They came up with monsters, robots, deadly chickens, giant cucumbers, poisonous injections, psycho killers, booby traps and much, much more. This was my first time working on this kind of project and it was a great deal of fun, very inspirational and something I’d hope to do again in the future.

External Link: The Boy Who Fell Into A Book – Literacy Project