Dodo Magazine and the Time Capsule 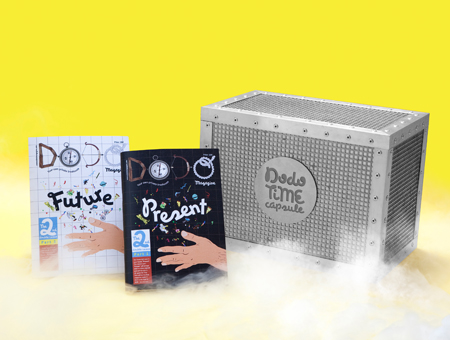 Dodo Magazine is releasing the first ever magazine to include the purchase of a time capsule which will be sent in 10 years.

Buyers of the current issue, will receive the first half of the magazine, ‘Present’, on the day of purchase, and then can provide as many contact details as possible in order to be found again in April 2024 to receive their ‘Future’ magazine. Readers will also receive a letter written by themselves to their future selves. This unusual experiment in publishing aims to remind people to maintain their spontaneous, lively spirit in years to come.

Rubén Martín Hernández, founder of Dodo Magazine, commented: “This is the first magazine to be created in the present to be read only in the future.”

“People think we’re crazy. Now that society is so reliant on digital, and people are more transient than ever, moving between apartments, cities and even countries, it’s very ambitious to say we’ll send people a time capsule in 10 years. It will be tough to find everybody again but it will definitely be worth it”.

The magazine, which describes itself as ‘your own private treehouse’, covers a wide range of topics such as adventure, science, fantasy and encourages people with its new issue to make the very most of the present. The magazine’s pilot edition, called Issue Zero, only had one copy in existence which was buried underground and had to be found using a treasure map. Previous articles spanned treehouses, abandoned theme parks, strange plants, Rube Goldberg machines, and helpful hints on avoiding being eaten by a dinosaur.