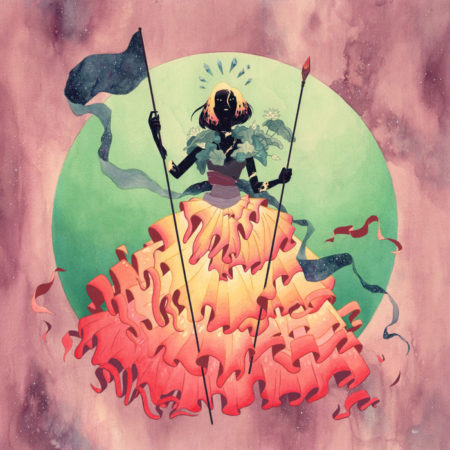 The mesmerizing narratives of Los Angeles based artist Julian Callos return to WWA Gallery on Saturday October 12th with his second solo exhibition “Cosmos.” Concurrently opening in the Project Room is the group exhibition “Time Will Tell” curated by the artist.

“Cosmos” explores the birth and subsequent evolution of identity by using the creation of Earth and our solar system as metaphors. This new series of paintings highlights the tension between light and dark along with the tiny details that compose life’s bigger picture as well as our “personal universe”. Semi-autobiographical, the depictions of notable people, events, and experiences are married with the luminous imagery of stars, planets and galaxies that the viewer is invited to discover.

Callos’ ability to capture emotion and suspend moments with careful detail has won him fans in both editorial print and the gallery world. Since Callos’ debut exhibit “The End” in 2011, the artist has kept busy with numerous international exhibitions while freelancing for publications such as LA Weekly and New York Times.