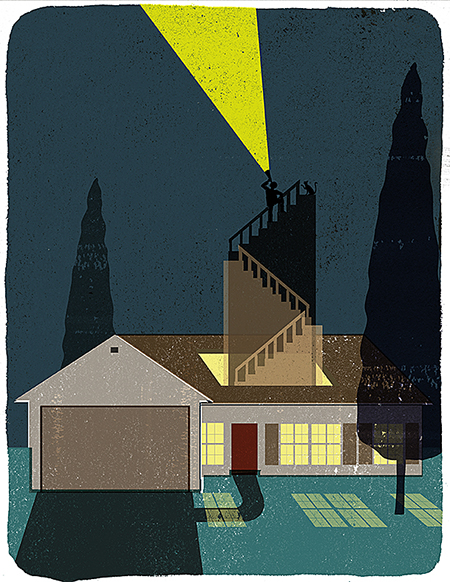 Ryan Sanchez is an artist, illustrator, and educator. He was raised as a latch key kid in the suburbs of Los Angeles, California. To keep himself entertained as a child, he drew on sidewalks, streets, walls, shoes, clothing, textbooks, and anything else he could get his hands on.Luckily, he did not grow out of his passion for the art. His illustrations have been widely used in the editorial, advertising, and publishing world and have been recognized by Communication Arts, 3 X 3 Magazine, American Illustration, and the Society of Illustrators. His paintings have been shown in galleries in New York, Los Angeles, San Francisco, Chicago, Seattle, Portland, London, Canada, and Switzerland.Currently, Ryan lives in Savannah, GA with his lovely wife, Heidi, their beautiful daughter Paloma Noelle, and their English bulldog named Abbey. He is a professor of illustration at Savannah College of Art and Design. Abbey constantly entertains him with her antics. Paloma continues to wrap him around her tiny little fingers. A better part of his day is spent Photoshopping, painting, picking, poking, posturing, pointing, prognosticating, panicking, pinching, and plotting.