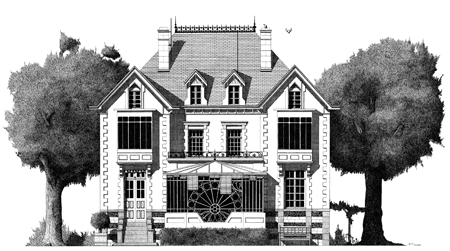 Villa Les Rhumbs was built by the ship owner Beust in the late nineteenth century and was named after the old marine term “Rhumb”, designating a wind rose divided into 32 rhumbs, a symbol which appears as a mosaic floor ornament in one of the house’s entrances. The Christian Dior childhood house is now a museum dedicated to the couturier.