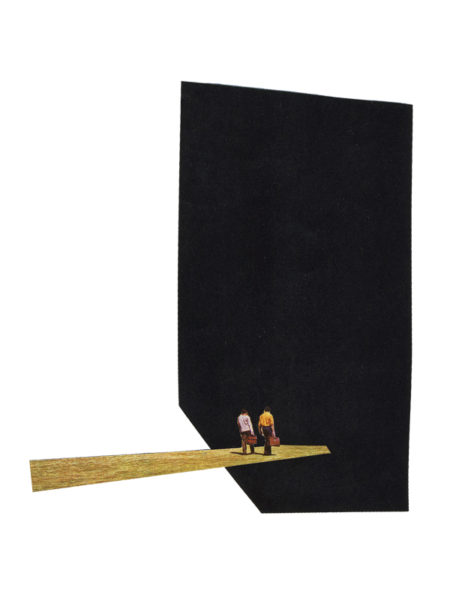 Darren Di Lieto: Hello Anthony, by the power of Greyskull, we know that every artist can talk about themselves in a third person! Here’s your chance…

Anthony Zinonos: Born in South Africa (1981), grew up in Cyprus, artist/illustrator Anthony Zinonos now lives in the fine city of Norwich in the UK. He is a member of the WAFA collective and the proud father of two pugs. He has exhibited his collages worldwide and produced works for clients such as Chanel, Nestea, Gshock and Kate Spade. 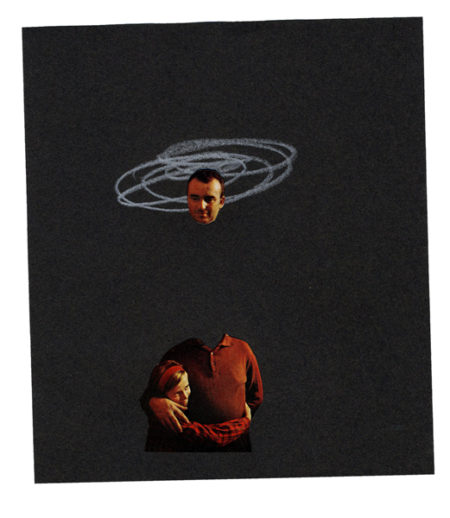 DDL: If the illustration world had a Posh & Becks, I think it would be you and Gemma Correll. If that was the case, who would wear the trousers?

AZ: Hahaha…. Posh and Becks, but with a herd or pugs instead of kids. 🙂

I think we share the trousers although Gemma is definitely more business savvy and I tend to be more of a house wife making sure the fridge is full, food is cooked and the house is cleaned (AKA vacuuming up all the pug hair).

DDL: Is your work generally created digitally these days?

AZ: The majority of the work is created analogue still. For commissions I tend to cut up all the pieces separately then scan them into Photoshop where I can move them about, just easier that way for when clients want any changes. When deadlines are tight though I use Photoshop more. 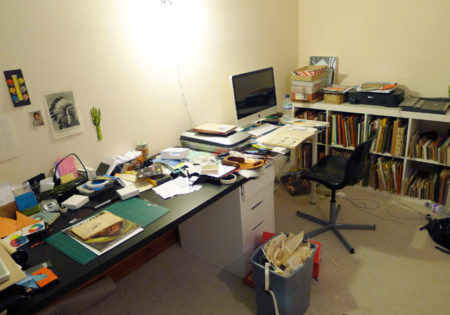 DDL: So when the zombie apocalypse comes, will you be reaching for your scalpel or laptop?

AZ: Neither, I’ll be grabbing Correll and the pugs. 🙂

DDL: But what if you find you’re running from zombie pugs?! 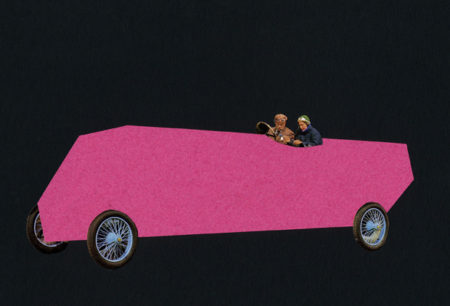 DDL: How did you get involved with WAFA and can you tell us a bit about the collective?

AZ: I stumbled across the work of some of the WAFA artists online and it blew my mind, they were on a frequency wave that I tuned into and loved. I sent them an email and a dialogue began, then later I joined the ranks and started collaborating. WAFA is an international family of artists, built on sharing and collaborating. We don’t do commercial work and have no intention of becoming a design agency or studio. There is a lot to learn through collaboration, not just about other people’s work and processes but it helps you let go of your own work and look at it through someone else’s eyes.

DDL: What is more important to you, the commissions or exhibitions?

AZ: Both are equally important to me. Without the commissions I couldn’t afford to do the exhibitions. I enjoy bouncing between personal and commissioned work as they tend to fuel each other and keep me from getting bored.

DDL: Do you get bored easily? 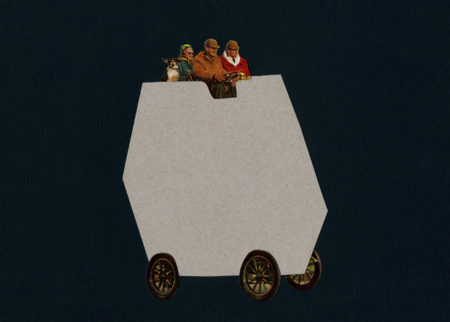 DDL: Being a non-London (UK) resident, how did you end up exhibiting all over the world?

AZ: I don’t think you have to live in London in order to be ‘successful’, if anything I think you can benefit from being outside of the London scene and having different influences and not as susceptible to getting caught up in trends. The wonder that is the internet has made it possible I guess. I also think collage is more popular and goes down better in other countries.

DDL: Do you mind if I ask, what happened in Berlin?

AZ: It just wasn’t the right place for us. It’s an amazing city to visit, just not to live in, also Mr Pickles (pug one of two) got ill from the water and we had to give him bottled water which is just ridiculous… Hahaha. I think we just had to go through the process of selling everything and removing ourselves from our ‘normal’ life in order to realise how good we actually had it here in Norwich. I guess we realised that all we really need is to have somewhere cheap and familiar as a base then just travel as much as possible to keep us sane.

DDL: With that being the case, would you ever consider uprooting again and moving to let’s say Portland?

AZ: Yes, we’ll definitely uproot again as we both have itchy feet. Portland was amazing, but I think if we move to the States the Californian climate would suit us best, we always joke about retiring to Palm Springs 🙂 There are  some amazing places near San Francisco with year round sun which would probably be our best bet. I’ve always like the idea of living on a Greek island too. I spent my high school years in Cyprus so acquired a taste for the laid back, hot Mediterranean lifestyle. I also spent a year in Athens which was amazing, but economically it’s such a mess, which is really sad because its one of my favourite cities. 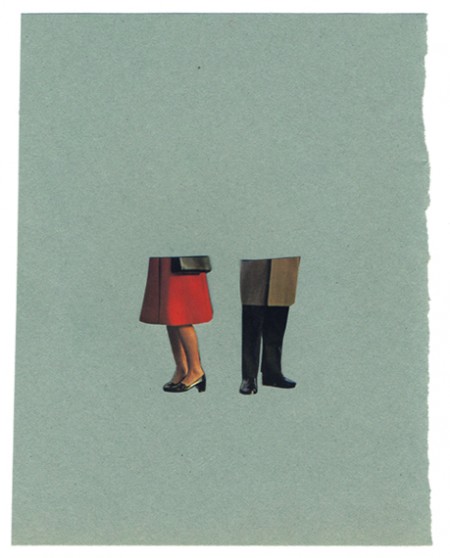 DDL: You have a retro look and feel to your work, so I’m guessing you source your material from old photos and magazines. What I want to know is, how do you handle the copyright implications of such an endeavour?

AZ: Copyright when it comes to collage is such a grey area it can be really tricky, especially when doing commercial work. Basically using older cut-up imagery and mixing it up with other image sources tends to be a safe bet, as you’re not just taking someone’s image and trying to pass it off as your own. Generally I use images from old magazines, but some clients will supply images which is half my work done, so all I have to concentrate on is making it look nice. I’ve had to use stock images before for a project which I thought would be a nightmare, but turned out to be quite fun because those stock images are equally as weird and wonderful, they just lack that lovely printed texture that the magazines have.

DDL: What about doing your own photography for a project, does that ever happen?

AZ: Yep, done that a couple of times just for simple things like a park bench, knocked over wine glass or a hand in a certain position, more for little things that need to be at a certain angle to fit in with the rest of the composition.

DDL: So no dressing up and posing in vintage clothes then?

AZ: Hahaha… Not yet, maybe this year. 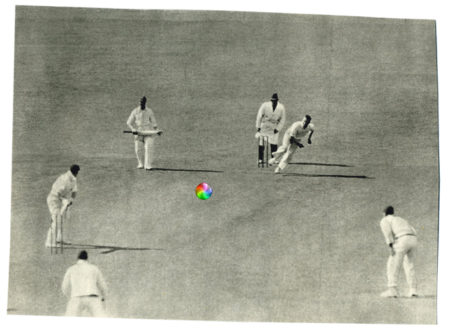 DDL: Have you ever had any of your work ripped off/copied by another artist or company?

AZ: Knock on wood no companies, just a few student/graduates who’s work is too close for comfort. I guess its tricky with collage because it’s more people copying a style than an actual image. Some days it can really get irritating, other days I can just laugh it off! All part of the game I guess.

DDL: So what you’re saying is that your work just isn’t as popular as Gemma’s? 🙂 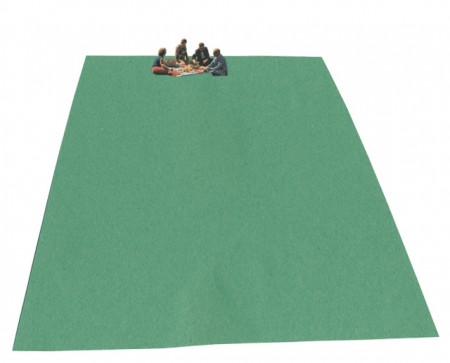 DDL: If you could become any other artist, living or dead who would you want to be?

AZ: Charles Bukowski for a week or two would be interesting.

DDL: If you couldn’t do what you do for a living, what would you want to do?

AZ: There isn’t anything else I’d ‘want’ to do. There are jobs I’d do to pay the bills like a barista or kitchen work. I worked as a cake baker during and after art school which was good fun, just very monotonous. Working for someone has its perks – you get paid the same amount every month/week and when your shift is done you just walk out, leaving work behind you – but its boring! I’d rather work for myself, manage my own time and not have to worry about asking for time off or if I can leave early. 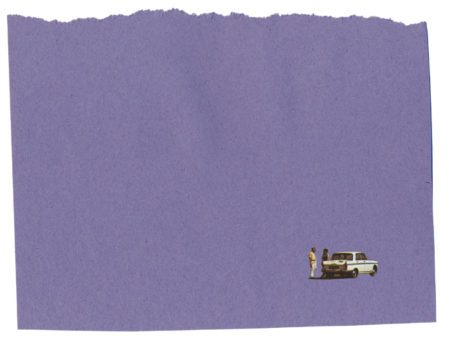 AZ: Neither, I’m not into action films.

DDL: Not into action films? What sort of man are you? 🙂

AZ: Not a very good one, I don’t like football either. :/

AZ: Wow that’s stretching the memory a bit… I guess Turner and Hooch.

I haven’t seen either, but the hotel one has a pug in it doesn’t it, so that one gets my vote.

AZ: Jam, the texture of jelly makes me squeamish.

DDL: Thanks Anthony! It’s been a pleasure. Now go walk your pugs! 🙂 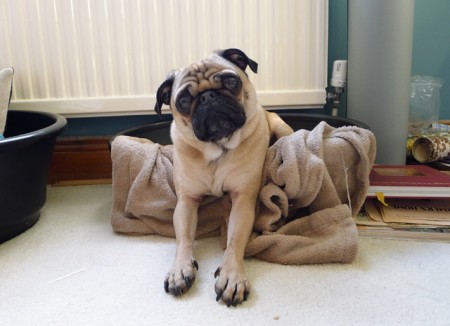