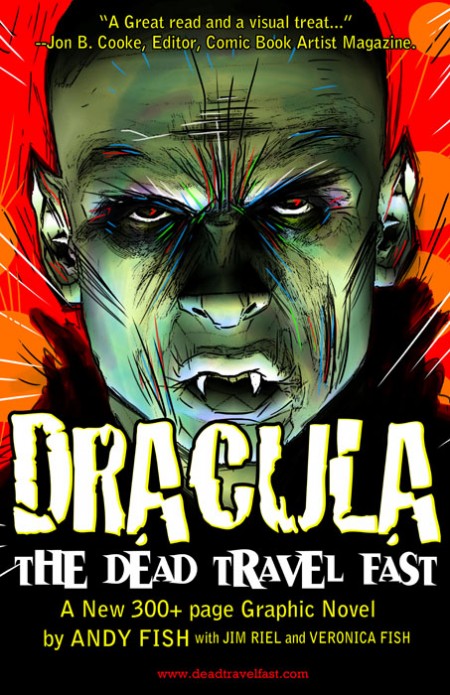 Fish’s Dracula Graphic Novel is getting critical acclaim and the second volume is hitting stores next month.

The POSTER features the image that will appear on the Mass Market Collection of the series when it is released to stores Next October.

The piece is limited to 20 copies — each remarked and hand signed in red ink.

American artist, illustrator and Graphic Novelist based in Boston Massachusetts