Why are you called The Boy, would it have been The Girl Fitz Hammond if you were born XX instead of XY?

Dead right. I was born with a little pencil so “The Boy” it was. The “Fitz Hammond” part came a few years later whilst traveling with the circus in Bavaria. The act I was involved in saw me, night after night, escape the clutches of a Dancing Bear by hiding inside a Hammond organ. For three laps of the circus ring, Helmut (a very polite Brown Bear), would chase me round in a rather comical manner. On the third lap I would evade Helmut’s paws by clambering into the back of said Hammond organ. The rouse was that Helmut (a Dancing Bear by nature) would become distracted by the organ music thus leaving me to flee to freedom.

The act was originally called “The Boy Fitz in a Hammond Organ to escape Grizzly”.  However after time this was condensed down to “The Boy Fitz Hammond”.  And here we are today… 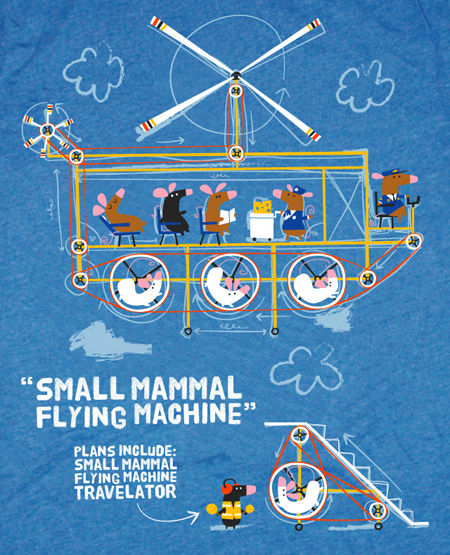 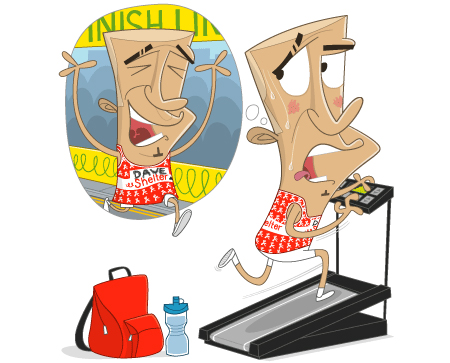 Obtaining tee shirts (not in an unscrupulous manner). I’ve got two (large) drawers full and I’ll always being encouraged to send some to the clothes bank. I’ve always loved tee shirts. The first one that I can remember thinking ‘this is my best ever tee shirt, I’ll never have a better tee shirt than this’ was a Hot Tuna one bought on holiday in Newquay in the early-mid eighties. Pink it was with fluorescent ‘puff’ inked Phirana’s on the back (yea I was cool!) I worn it till I went it got holes in it. Something I still do to this very day. 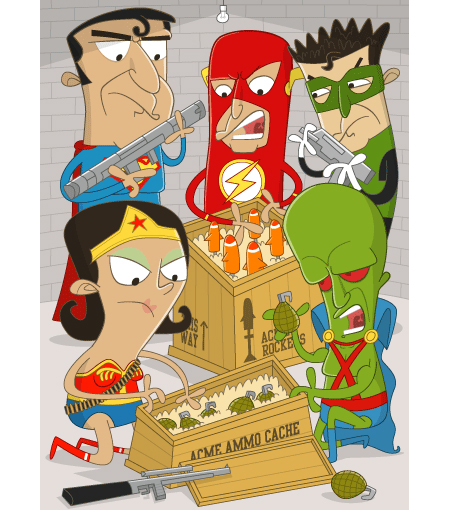 Who are your favorite artists/illustrators alive today?

I would have said Charles Schultz but sadly he is no more. Charlie Brown, Linus, Schroeder et al are fantastic creations and translate beautifully to print or motion. Much like all of the stuff from William Hanna and Joseph Barbera. When I was little I had Hanna-Barbera wallpaper that was covered in all their characters and I would spend hours copying Huckleberry Hound, Dastardly & Muttley and all the others. I grew up with those characters so they’re ingrained in my eyes, my memory and my heart. Today there are so many to mention.  I’d find it difficult to name one with out naming numerous more. 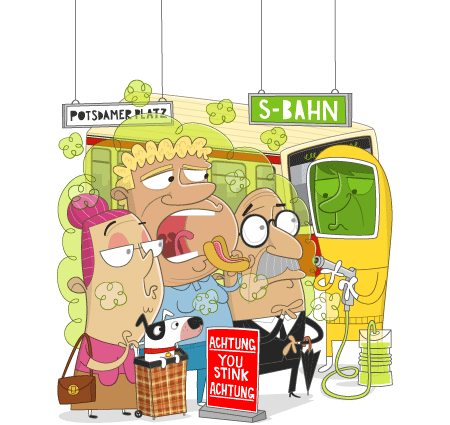 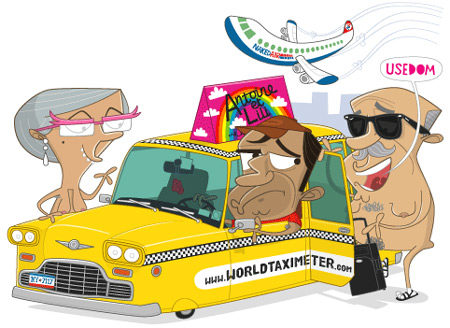 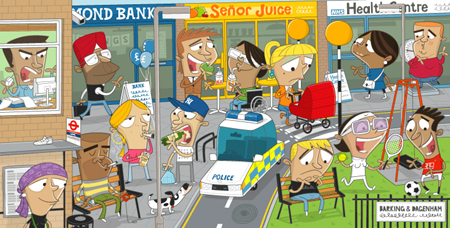 If your opinion what's more important skill or style and why?

Are these not essentially interwoven? *scratches head and lets out pondering sigh*

If you’ve developed a style then you obviously have the skill to execute it. And if you… oh hang on a minute… I’ve confused myself.  I’ll come back to this later…

Right so I’ve had more of a think and I see to have got myself even more confused. If you have a skill you don’t necessarily have a style… or do you? A friend of mine in my first job used to say “skills that pay the bills”.  Does that help with this answer? 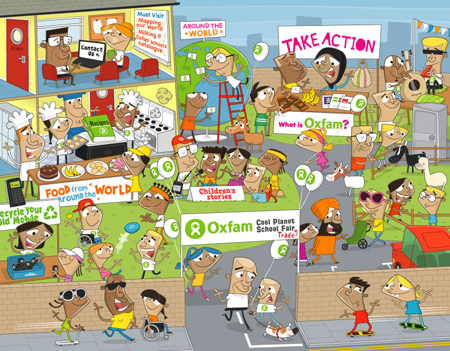 Has your work ever been animated, is this something you're interested in?

Animation is something I’d love to do but sadly I don’t have the talent (or patience). Luckily for me I was introduced to Sam, an animator who has become a good friend and so he’s responsible for making things move. Sam and I have now worked together on a number of projects – the first being six animations for BBC Films in 2005. Since then we’ve developed a good understanding of how the other person works. (I did few animation workshops whilst I was at university so I can visualize how best to draw things to make Sam’s life easier too).

But possibly the most important factor of us working together is that Sam’s style of animation seems to compliment and my illustration/characters and vice versa. 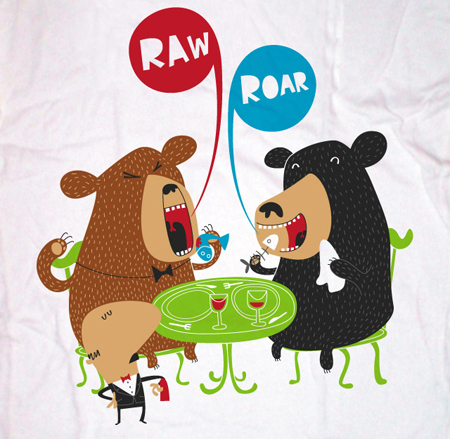 Why don't you keep a blog?

I have thought about it. A couple of people have even mentioned that I should keep one. And I do like reading/looking other peoples blogs. But to be honest I’m not the greatest with technology – it was confusing enough getting my website together.

Another important factor that I would have to consider about having a blog is that my life is not the most exciting. So I doubt very much if I would capture nor captivate people with tales of me sitting at my desk, in a pair of pants (sorry no webcam) eating toast and drawing pictures. 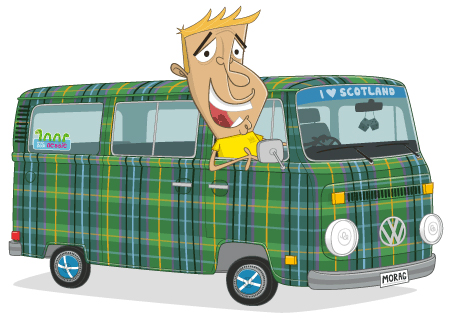 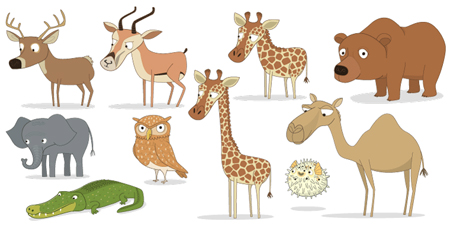 Are you involved in any collaborative projects at the moment?

I’ve been working on a project (website) where the aim is encouraging people to “work towards a more sustainable, greener Scotland”. The whole ‘go greener’ thing is something which seems very prominent at the moment and one which seems more people are opening up to. The illustrations/animations on the site help deliver the information and illustrate how little things such as turning off the tap when brushing your teeth, can make a a big difference. It’s really nice being involved in a project like this (even though I usually have my computer on all hours).

What’s next in the pipeline for The Boy Fitz Hammond?

Right now I’m about to start work on an illustration for Heinz – what it is I’m yet to find out.  I’ve also got a website to illustrate (which Sam will be animating) and another project someone has asked me about but is yet to confirm. After that who knows… I’ve got an idea for a story book that I’d like to develop. The way I’m picturing it, it’ll be a change of style so maybe I’ll get a chance to work on that. We’ll see. 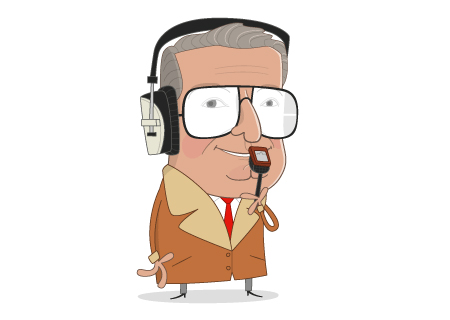 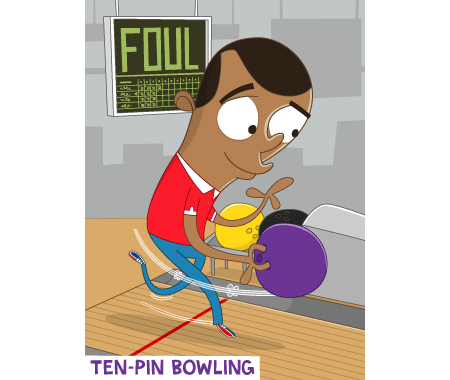 I love Gary Baseman’s eyes (those of his characters) but both him and Biskup are magical and my eyes could happily dine on both, one or the others pictures for a long long time.

A Mars a day helps you work rest and play. But a Snickers (nee Marathon) has peanuts in so that gets my vote. Washed down with a packet or Opal Fruits. Living in the past you say?  Not me.

It depends on the occasion.

You mean if I could only turn one of them off?

Neither. Both should be outlawed or at least renamed ‘Parcels or Lava’. 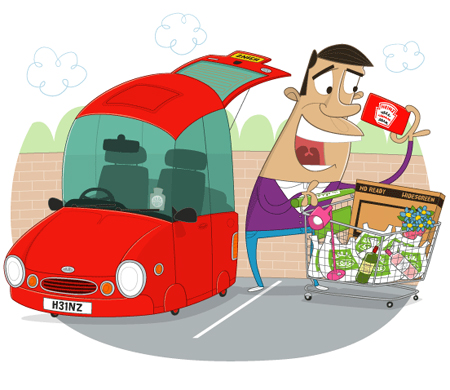 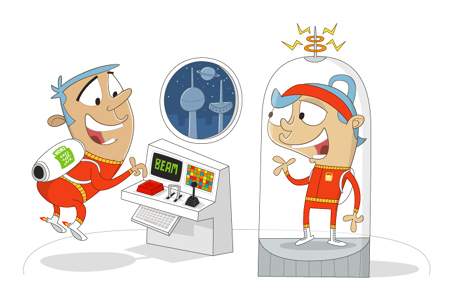 You can see more of The Boy Fitz Hammond’s work at
www.tbfh.com