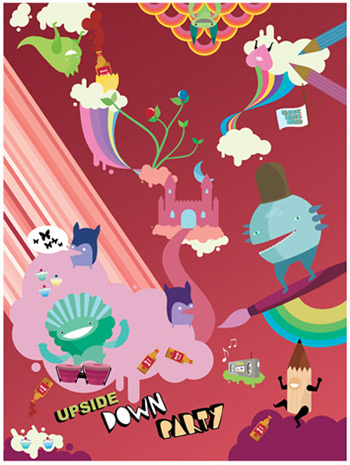 What is Inkthis and how tough was it to get it off the ground?

Inkthis is a design exhibition I started with artist/designer Gurps Kaur in mid 2006 as we were getting frustrated at the lack of design & illustration produced in our city. The first exhibition was limited to 4 weeks before the gallery closed with 1 week setup time so everyone involved spent long booze filled hours into the night creating their works. The end result was amazing and big thanks go out to all involved!

What’s the most you’ve ever been paid for a job?

I enjoy doing my work so much that I often forget about getting paid! It’s more important that I have fun and learn something along the way although it is nice to buy stuff once in a while.

I’ve been a passionate musician for years now and am addicted to my drums and guitar, design and music have pretty much taken over most of my brain. I’m often torn between doing some work or just annoying the neighbours with a huge amount of noise. The rest of my brain likes snowboarding, going out and talking nonsense.

There are so many I admire, it’s hard name all of them. But I always feel inspired by Lucinda Rogers, Genevieve Gauckler, Jon Burgerman, Saiman chow, Rinzen & Emek. They really capture something I can relate to in their work.

I’m always looking for new exhibition possibilities; it’s a great feeling knowing my work is somewhere so far away and I always wonder how the people viewing my designs interpret them. I’d love to show work at galleries in Paris, New York or China, I’ve recently shown work in Sydney for semi-permanent which was really great!

I’ve just finished a paper sculpture project with Shin Tanaka, I’d really like to collaborate with Jon Burgerman or Kid Robot but I’m happy to work with anyone who has good ideas & passion for their work, I’d also like to break out into motion graphics in the future.

What’s next in the pipeline for onesidezero?

The main project I’m working on is Inkthis 2 which is due for March 2007, we plan to bring together 30-50 international artists and it should be amazing. The project can be viewed at www.inkthis.co.uk some other projects involve skateboard designs, limited tee’s for subliminal, more screens and some secret stuff!

My Family & girlfriend, my neighbours for putting up with the noise. All my friends that have supported my design and anyone who is reading this or has enjoyed my work!

It’s tough but I’m going for tomato because it’s nice with cheese, looks warmer and I the thought of drinking a chicken just doesn’t stick.

Godzilla, everyone goes for Kong because he’s furry and made out to be the hero. Godzilla’s got my vote, if I was massive and could breathe fire I’d go on a rampage too! 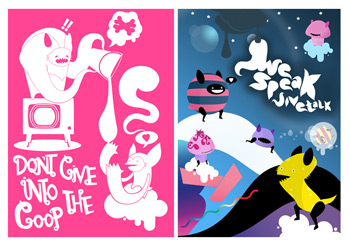 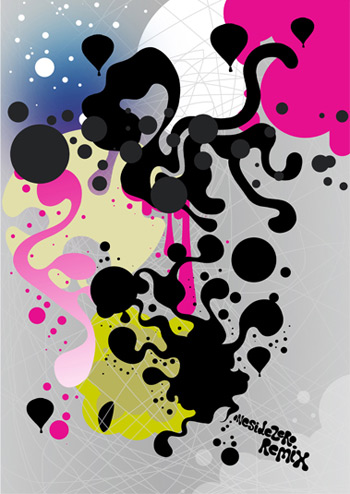 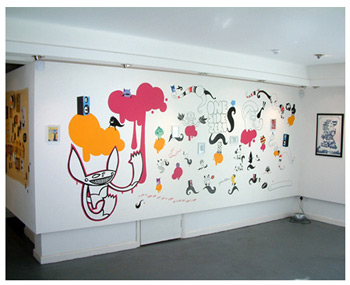 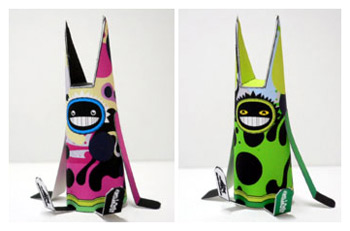