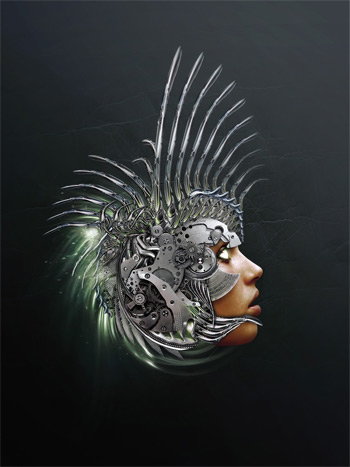 How do you make you work look so shiny and clean?

Well I don’t think that’s true of a lot of my work, some of it is pretty messy and that’s something I really enjoy. For the stuff that is clean though I guess I just utilise the fact that in digital art it’s very easy to achieve clean edges and perfect textures. If I do use photos for pictures like that I make sure I put in a bit of time retouching them before hand, fixing little bits and bobs that might distract from the overall purpose of the image I’m using. I’m moving away from that sort of stuff right now, using a few more traditional media to give it a rough edge. Whether people will like this or not is another thing, but I’m enjoying it right now. Shinybinary will be Shittybinary for a bit.

Are you web designer or an illustrator?

I’m a web designer, that’s my job at the moment anyway. I’m quite passionate about web design and web standards. I get sniffy about use of HTML tables in web layouts and overuse of Flash and things like that. However my real passion at the moment is digital art/illustration, and that’s what I spend a lot of my spare time doing and try to improve myself in. There is some overlap in the two, making web graphics certainly use some of the skills I have learnt while doing my art, but overall there is a definite divide between them. My designs are based on things like usability, accessibility, web standards and semiotics whereas my artwork is nearly always about visual impact and nothing else. Basically I do both and enjoy doing both.

Apart from illustration and design what other things are you into?

I’m really into my music, which is probably what every artist who’s asked about their other interests says, but it’s just the truth. I try and see as many gigs as possible, whether large bands at festivals or big venues or local bands in shitty pub’s back rooms. When I’m at my computer I tend to always have music playing, I find working without it a lot more tedious. I need to buy one of the new ipod nanos, I’m a bit of a design whore when it comes to them. They look far too good to buy any other mp3 player, although I hate whoever’s decision it was to only have the 8 gig one in black, I want green! Apart from that the obvious things, books, films, drinking, making fun of people with silly hair, buying shoes, laughing at birds etc.

I’m generally rubbish at remembering other artist’s names or who did what, but there is actually an enormous amount of work out there I like. I love Jeff Soto’s art, he has what I would consider to be a perfect mixture of technique and vision and is someone I admire hugely. Apart from that (forgive me if I only remember design names rather than the actual person’s name here) I love the work of Vault49, Zenvironments.com, Tragiklabs.com, Damnengine and many others that escape me right now.

If I told you your work reminds me of H. R. Giger’s work, but in a digital age; what would your reaction be?

I would be amazingly flattered, and pretty incredulous. Giger is actually one of my favourite artists ( I guess I should have mentioned him above seeing as he’s not dead as far as I know), and I adore his unique vision. Also the technical skills he has with an airbrush are pretty mind boggling, a lot of people try to emulate it with digital painting techniques but I’ve still yet to see one come close to his.

I have a couple of things on the go, but finding the spare time for any personal work at the moment is tough. I really enjoy collaborating with other artists and should really be more proactive about asking other artists if they fancy working with me. I think I enjoy working with people who have very different styles and work in different media to myself. Traditional artists and photographers are people I would particularly like to have a go with, so if anyone reading this is fancies doing something then they can give me a shout… As for people I would like to work with, you could take any of the people I mentioned earlier, I’d love to work with them all. Doing something with Jeff Soto would be a dream come true, but unfortunately something I think will probably remain just a dream 😉 Oh and I would love to do stuff on clothes, putting my designs or pictures onto shoes would be very cool, I have a thing for nice trainers.

What’s next in the pipeline for Nik Ainley?

Things are moving quite fast for me right now so I’m just trying to take stuff as it comes. At the minute I think I’ve accepted a few too many commissions, which is stopping me from doing any personal work. I would like to slow these jobs down a bit so I can do some more of my personal pictures as I have a lot of ideas floating around my head right now which I would like to have a go at turning into reality. Apart from that I have a whole bunch of magazine things coming up, which is nice, and hopefully eventually I will be able to move into a creative agency. Somewhere where I can do what I love doing all day, and learn from more experienced people than me. Who knows, I just want to get better at what I do really, then die bloated and rich at 30.

I should mention the guys and girls at Depthcore, a great bunch of artists who are a lot of fun to work with. Also the guys at Computer Arts and Digit for being so nice to me, may they continue to pay me money for doodling in their mags.

Aliens without a doubt. Even if I didn’t love Giger I would still say Aliens, they are just far cooler. I think the fact that they are quite so lacking in any humanity, or rationality makes them scary. Even if you could work out a way to communicate with them and explain the situation and how there’s no point in wanting to kill humans and how we could just get along they would probably still want to rip your face off. I don’t quite get their reproduction system though, it seems overly complex. You need a queen alien to lay eggs, to produce face huggers which lay eggs in other creatures to produce aliens who then just prat around killing people and don’t seem to help in producing more aliens themselves. Where does the queen come from? Maybe a normal alien gives birth to her, that would at least give them some purpose but still doesn’t make much sense to me.

I guess if I had to say who would win in a fight, it would probably be a terminator. I just don’t think an alien has the strength to actually do much harm to a terminator, seeing as how they are really really hard bastards. The only way would be for an alien to get its blood onto a terminator, I bet that even they would melt under that stuff. Then you have the T-1000 though, he’s designed to melt so I’m not sure if the acid would have any effect on him? A question of chemistry I guess. Now it has been raised though I think it’s the duty of film makers to find out for us. As for T-X, I didn’t like her; she’d get her arse kicked.

Full fat Coke or nothing. 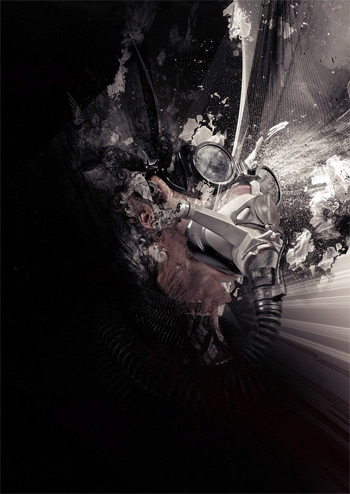 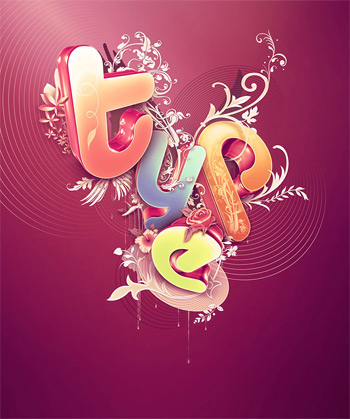 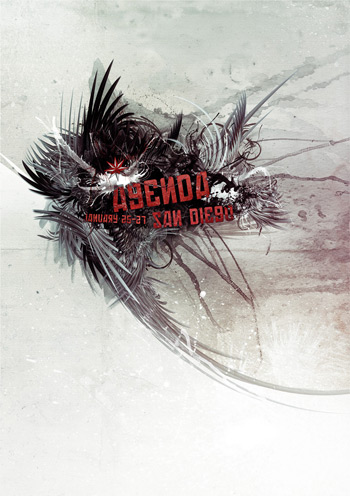 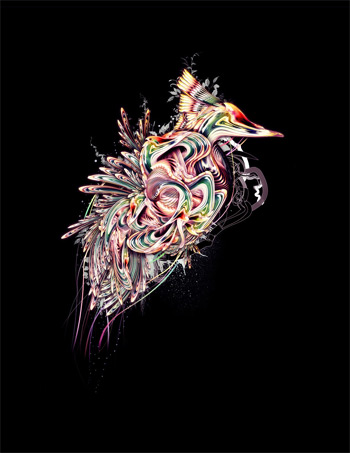 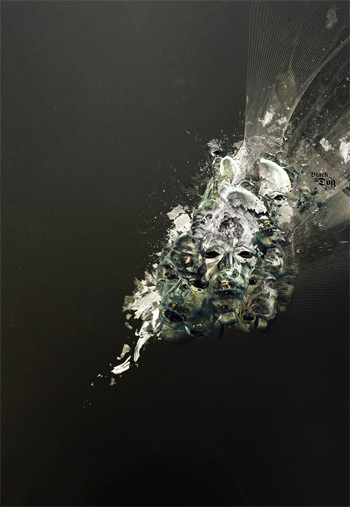 You can see more of Nik Ainley’s work at
www.shinybinary.com