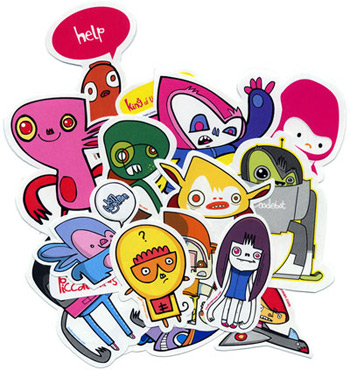 Do you ever get hand cramp?

I have done recently, it’s not nice. I’ve also found working near an open window, where the draft blows across my mouse hand can result in pain. The other day, after a few late nights of messing with Illustrator my elbow began hurting, having been held at a right angle for too long. I tell you, doodling and computering can be a dangerous business!

What is the biggest doodle you’ve ever done and could of it have been bigger?

The biggest hand drawn doodle I’ve done was for the Miss Sixty hotel in Italy, it spanned most of the room. Also Doodling for pictoplasma’s exhibition in Peterborough with Sune Ehlers was pretty big. Print-wise I’ve just completed a giant 27meter long snake timeline monster for the Science Museum, that’s quite big, but of course, you could always doodle it or print it bigger. And anyway I’ve always though it’s not size that’s important, it’s the doodley-ness.

That’s always a tricky question; let me have a think about it…

Jamie Hewlett is pretty damn good and so is James Jean. There are tons of great people knocking about today. It’s hard to really choose. Chris Ware is tops, not my style of course, but amazingly wonderful and so prolific. Is three enough, do I have to mention more? Actually questions like me feel pretty self-conscious, I don’t like them really.

You did a Computer Arts cover recently and so did Jeremyville. Out of you and Jeremy, who do you think got paid more?

Haha! Probably Jeremy, I hear he’s quite the superstar doodler! When I compare prices with some of my friends I always seem to get less for jobs, so maybe that’s no different, who knows really, maybe I’ll email Jeremy and ask him…

… oh it seems we got about the same.

I’m working with the multitalented doodle king Sune Ehlers on the next part of the Hello Duudle series, it’s called Hello Zuudle. It’s mainly focused on creatures and animals. I’m also working with a musician on a technical nerdy project that should be interesting or a complete mess, or perhaps both. There are many people I’d love to work with but it’s not just about working with someone cool, it’s having the right project to collaborate on together.

What’s next in the pipeline for Jon Burgerman?

I’m hoping my toys will appear soon, the delays have been quite horrendous to be honest. I’m also going to do less work, and by that I mean less illustration stuff. I think I’ve done enough for the moment and I want a bit more time to work on my other projects amongst new drawings and paintings.

Shouts? I don’t understand… Is this some kind of new young persons speak?

Coco, he’s greedy, grubby and sometimes has wind. Tiddles is a minxy charlatan up to no good. 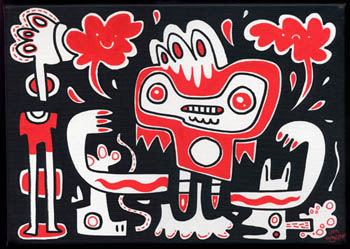 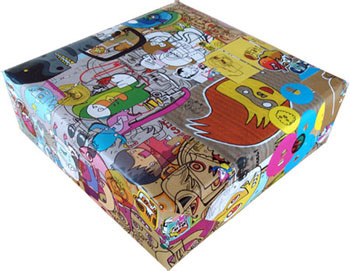 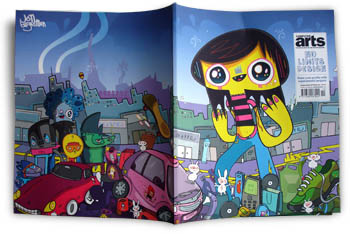 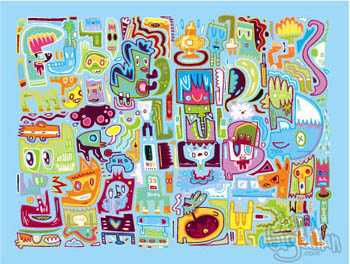 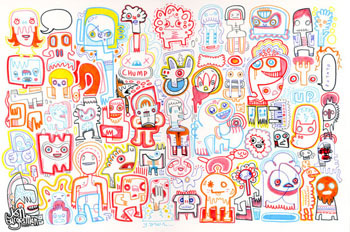 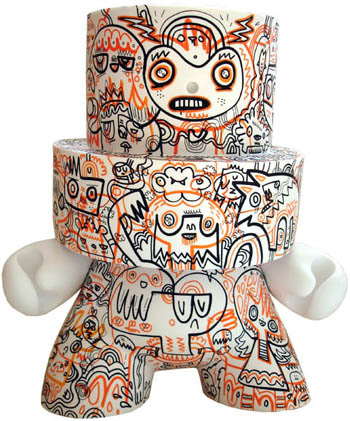 You can see more of Jon Burgerman’s work at
www.jonburgerman.com