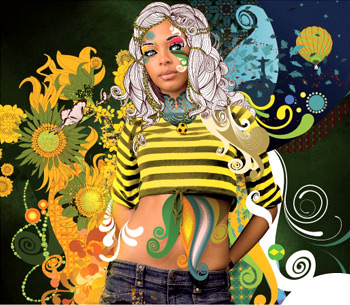 How did you get the job as Senior Art Editor at Computer Arts?

After working on a web-design based magazine towards the end of the nineties, called CreateOnline, and a couple of redesigns, I was asked to move onto Computer Arts, and oversee Computer Arts Projects in 2002/2003. It was mainly the contacts I have within the design community, and knowledge of designers in the community, as well as the interest in the genre of the magazine… both amateur and professional design.

Is Paul Newman (Senior Editor at CA) an Ogre?

Paul Newman is far from an Ogre, an editor has to be very organised, and has to have drive and passion to push a magazine forward, it is a hugely responsible job, to produce a magazine every month, with a team of people, and the great thing about Paul, is he is passionate about design, and the magazine too, so you can’t ask for much more than that.

A passionate editor is much more fun and enjoyable than a bored one, and that is reflected in the magazine.

Which issue is your favourite so far?

My favourite issue, it’s a hard one, I have many favourites for so many different reasons, I have to be careful about this, because Art/Design is such an opinionated subject.

One of my recent favourites, was the brazil inspired issue, which I thought was a fantastic feature, just what our readership would love, covering the latest in Brazilian design, and there’s was some great talent featured in that issue, as well as the JeremyVille issue, on 50 ways to get a better designer, giving 50 tips from designers all over the world.

It is very rewarding getting designers who inspire you to agree to do a cover, as well as giving the opportunity to lesser known designers. I think that is one of Computer Arts strengths, as we try to champion professional and amateur designers, after all they are the future.

My favourite issue overall, would have to be issue 90/91 in 2003, because I can look back at them, and see how far Computer arts has come. They also featured one of my favourite design firms, Tado, who I have known since they left university. That is what is so rewarding about my job, seeing the development of new designers, here or abroad, and watching their careers. It’s very rewarding to give someone a chance early in their career, and to watch them blossom, into a well-known international designer.

My favourite artists illustrators today, are the ones who have an original style. At the moment I really like Nick Deakins work, he has a very original style, and is one to watch for the future. Also Nando Costas from Brazil is really making waves in Brazil. Tado and jeremyVille I like for their good humoured, and Universal appeal, and the way they’ve embraced work away from the printed page, which is where design is heading, like designing shoes, cars, interiors. I also like Nik Ainley, who is also one to watch for the future. Oded Ezer from Israel, I think is one of the freshest faces to have come out of typography in the last couple of years, Ask me next week, and I’ll have a new list!

Who else have you worked for and what jobs have you had?

I have always working in magazines, having been inspired by the Face since an early age, the eighties were really a golden age in magazine design, with ID, The Face, and others changing the rules of magazine design. Originally wanting to do Fine Art, I decided there was more of a future in graphics, and started in magazines at Emap, the second biggest publisher in the UK, on, wait for it, their pet titles (you have to start somewhere), and even did some work on their walking/trail mags. From there I really wanted to move to London, and be involved with the culture, and the buzz. An opportunity came up, at the start of the dot com boom, to work on a magazine called CreateOnline, which was a web-design magazine, which had a certain element of creative licence, so that really pushed my creativity. It was a great time, with a great team, and won a few awards, and gave me an opportunity to be in contact with creatives all over the world.

Are you involved in any other projects at the moment?

Primarily I’m busy with computer arts, and we want to drive it more. Even thought it’s still the biggest selling creative title in the world, we know it is capable of being more, and need to tap into the ever increasing design market and evolve with it. We’ve always got little projects on, and like to promote design events, and be involved with anything that promotes design.

Is there anyone you would like to work with, but you’ve never had the chance?

I have been very lucky to have worked with some big companies /individuals, Attik, Eboy, Phunk Studio, Tado, Jeremyville, Jasper Goodall, Matt Pyke, Jon Burgerman, to name a few, and we have profiled some great companies in the magazine, as well as interviews with leading designers, Such as Neville Brody, David Carson, Eric Speikermann to name a few, but it’s the up and coming talent I’m interested in, and exposing them to the design community. I like to think we champion up and coming designers. I would love to do an interview with Nando Costa in Brazil, M/M in Paris. I like working with anyone, because everyone brings their own style through their work, but I am looking for designers to work with in lesser known countries, like Africa, Russia, and Iceland, there must be designers out there, and we want to hear from them!

Computer Arts wants to get more involved with students around the world, we’re looking at how we can champion students as well as professionals, and looking for the next big things in design. Our website goes from strength to strength, we’ve got one of the biggest design forums, not just for computer arts but also our sister titles 3dWorld, Computer Arts Projects, and .NET, a web design magazine, and Imagine FX, a new magazine for fantasy and sci-fi digital art.

Come on China! There should be a huge increase in design there in the next ten years, and it’ll be interesting to see what they produce. There’s a lot of bad design there at the moment, but it’s going to blossom with the change that’s going there.

Sex Pistols or The Jam?

Sex Pistols, come on, the Jamie Reid artwork, it was groundbreaking! 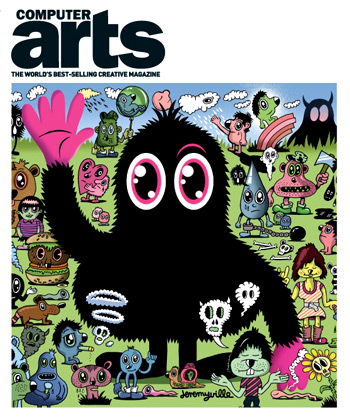 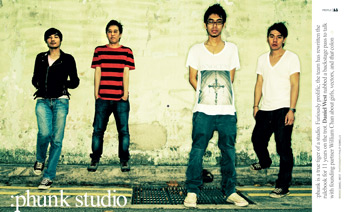 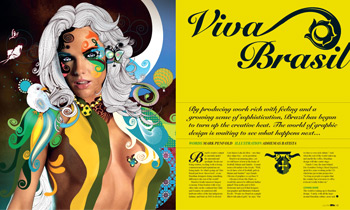 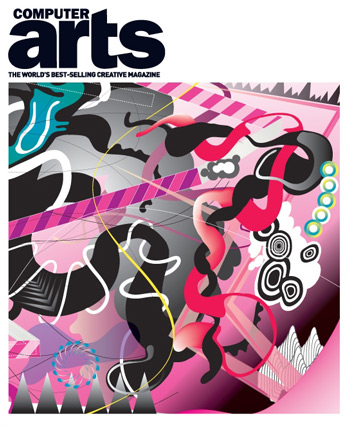 You can check out Computer Arts at
www.computerarts.co.uk