How did the Iconic pod cast come about and how did you get involved with Illustration Mundo?

First, thanks Ape for this asking me to do this interview, I think it is great what you have going on at the Ape Society. Ok, so to answer your first question: I got the idea of ICONIC during the week of ICON4. I was attending these great seminars and meeting great illustrators from day to day but I was also getting a little sad that this was going to end in a couple days. So one night, when I got home from Icon, I was watching Charlie Rose and I started to think, “hmmm, I wonder if I could create a platform where people in the illustration community could come talk and share there thoughts about life as illustrator or really anything illustrated related?” I would base the show on a Charlie Rose-style format or least try to, lol, and hope to engage meaningful conversations with illustration in mind. Since illustration is such a huge industry and dips into many parts of the arts such as animation, children books, editorial, etc there would be no limits to where ICONIC could go… Hence ICONIC was born.

As for Illustration Mundo, Nate Williams came to me asking if I would like to contribute the ICONIC audio to Illustration Mundo. He really liked what I was doing and believed this was something good for the community and if he could help me define a consistent look for ICONIC, he was game. Those early days when I was trying to find a permanent home for ICONIC were really tough especially dealing with the whole bandwidth issue… A lot late nights. If it wasn’t for Nate, I probably would not have 35 episodes up right now. His generosity is unbelievable and I can’t say thank you enough to thank the man. Ok one more thank you. By partnering up with Nate, I have been allowed time to define the show more and give it a home. It s been a great partnership and friendship!

If you could interview anyone dead or alive, who would you chose and what would you ask them?

Hmmm, so many people so little time. So I am going to cheat and say a couple of names. Well I would love to talk to Seuss because I am a huge Seussian (is that word? It should be!) I think, at least for me, Seuss would be a great interview. I would ask questions like, what was some of your illustration influences?, what books did not get published? As for the living, I would love to talk to Bill Watterson, I like to know more about what makes him tick. Too many questions to list here both have fantastic imaginations!

You’re building up quite a nice Illustration portfolio, where do you see yourself in five years and how are you going to get there?

Thanks Ape, much appreciated! Ah yes, the portfolio, well it is coming along and slowly I am getting responses from it. My career goal is to create stories for children books so I see a lot of trips to New York. I would say to get there I am going to put some miles on my motorbike. Just like anyone else, go through the trenches and see what happens.

Now this is a really tough question for me, I could play it off like a politician and say no comment because there are just so many artists I enjoy, everyone brings something new to the table. However, right now I am really into comics again and I am really enjoying the talents of many in that field such as: Andy Runton, Aaron Renier, Jordan Crane and anyone in the Flight books… So much talent out there not enough time to list everyone.

Do you like the sound of your own voice?

No! Especially now since I have to listen to it ad nauseam while editing ICONIC. For example, to produce one episode of ICONIC, I think I listen to myself at least seven times after it is all said and done. It’s well worth the pain if someone gets inspired and creates some art. I just wish I could find away to stop breathing so heavy while on air, that’s probably the most embarrassing thing for me, but an asthmatic can only do so much.

If you could take your ipod with you onto a desert island, but only one pod cast; which one would it be?

I would have to say my first ICONIC conversation with the Illustrator Cathie Bleck. She really got things rolling for ICONIC and I can’t say enough thank you’s to her! By the way, her book just came out from Murphy Design and if you haven’t picked it up it’s a must!

What’s next in the pipeline for Iconic?

Well as I am winding down with season one, I am really looking for some suggestions for ICONIC season two. So far a lot people who have written in have asked to have more interviews with art directors and children book artists so that will defiantly be on the schedule for season two… If anyone as any other suggestions, please let me know.

Also, I just got a donation from anonymous donator which will allow to fix the audio problems. This has been the biggest challenge for me with ICONIC, the sound quality. Doing phone interviews are especially tough because not only do I need a clean signal at my end but I have to rely on the other phone and the quality of the connection which, at times, can be iffy at best. I just tried out the new audio program and it is like magic! I would just like to say thank you to everyone for sticking with me as I have been solving one problem at a time. I think the last 10 shows are coming close to where I would like the show to sound…

My voice hurts, just kidding. Thank you to my wife Quelli (aka www.raquelmcclure.com – gotta give my girl’s website a shout too for all of her support, Von Glitchka for his expertise on retooling the design of the ICONIC logo, and also to Nate Williams for being the great supporter and cheerleader he has been for ICONIC. Also, to all of my guests on ICONIC, without them there is no ICONIC and I can’t thank them enough for spilling the digital beans. Thank you to the anonymous donators who have given money to ICONIC which helps take some of financial burden off. And also to everyone who listens and writes to me saying how ICONIC inspires them and pushes them on as an artist. That is the most rewarding part of ICONIC. It gives me the energy to keep ICONIC going. The little thank you’s, man, those are really appreciated!

Again let me know what or who you want on ICONIC I am all ears. Hopefully when ICONIC is all said and done, people will look at the series as whole and say, “Damn, I wish there were more!”

Laurel and Hardy or Pinky and the Brain?

Pinky and the Brain, timeless characters, it’s a classic for me. Thanks again for the interview Ape! 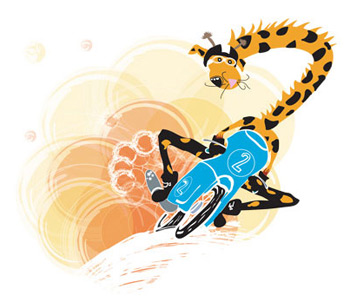 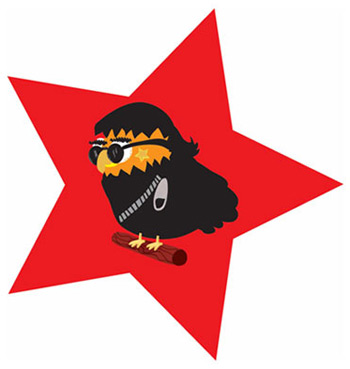 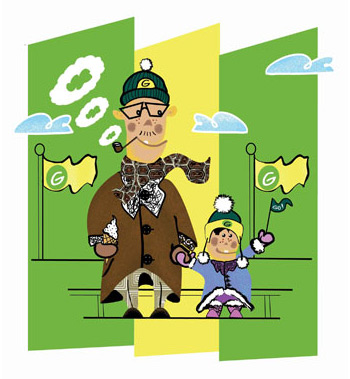 You can see more of Erik’s work at
www.ejolsen.com/