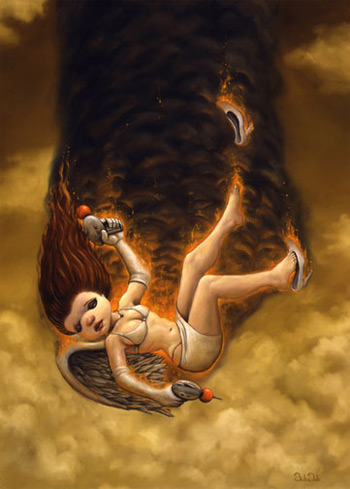 Do you consider yourself to have a commercial style?

I have a style that can be applied towards various markets of commercial illustration.

Is the recurring face in all your paintings you? If so, could you be a modern day Rembrandt?

I basically see them as my alter ego. All my characters have a similar face for that reason. Their different but very much alike.

You were in a punk band called Lunacy for 10 years; Can you and do you still rock?

I loved playing in that band. I currently play mostly acoustic guitar but am still hopeful the band will get together for one last show.

I currently show at La Luz De Jesus, Gallery 1988, Roq La Rue, and M Modern. I’d like to show at Billy Shire Fine Arts in L.A. and someplace in New York. I’m not familiar with NY though so I wouldn’t know where to start.

I’m working on a toy with Strange Co right now and I have a book that just came out with Murphy Design. I also have a Circus Punk coming soon.

What’s next in the pipeline for Bob Dob?

I have a show at La Luz De Jesus next year that I’m very excited about. I’m currently president of The Society of Illustrators of Los Angeles which is a lot of work. 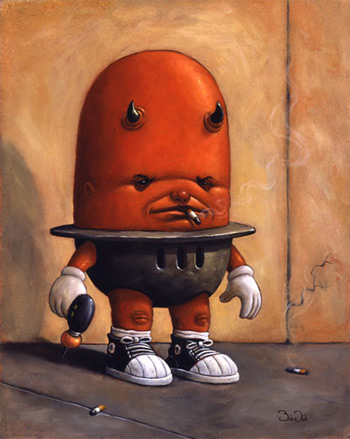 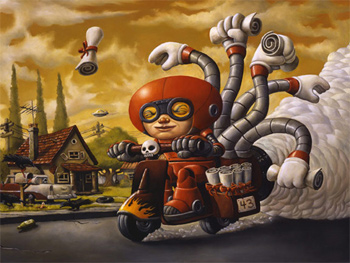 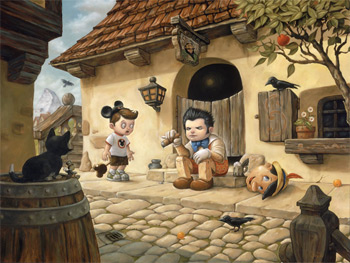 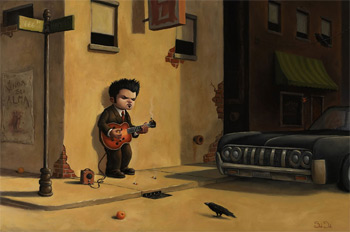 You can see more of Bod Dob’s work at
www.bobdob.com