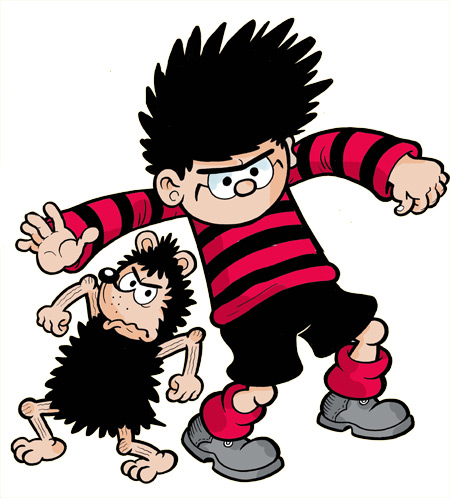 I’ve drawn for a few comics, most notably: COR!!, Whizzer and Chips, Fast Forward, Thunderbirds, and of course The Dandy and The Beano, where I draw anything they need drawing, usually Dennis the Menace, although I love drawing the Bash Street Kids! Other stuff? Yes, a fair amount; one that’s quite interesting is a Kaiser Chiefs single cover in 2007.

Does the Beano keep all their artists locked in cupboards, only feeding them and taking them for walks when needed?

No. Not ALL of them.

How much and on what terms do you get paid?

Paid per page, upon delivery of the artwork. Less than you’d think, maybe, but Thomsons pay very promptly. That counts for a lot with me. (Some publishing companies pay many months later and far too many just never pay. As if a commitment to pay illustrators is a luxury they can choose to write off if the chairman really needs that new car. This has happened far too often. Not only to me! Thomsons are not like that and I respect them for it) 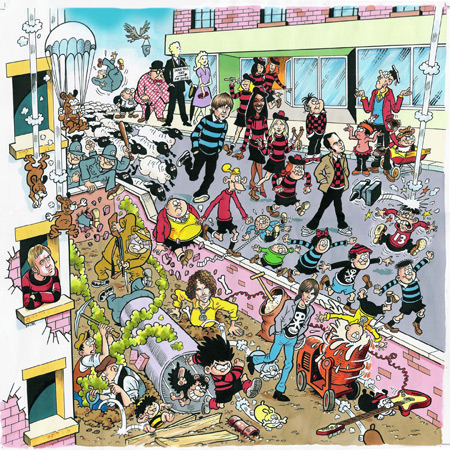 Do you ever do commissions or advertising work outside of the British comic industry?

Yes, yes, yes! I’ll basically do anything if I like the project or the people behind it or the pay’s right.

I’m not really ‘into’ art and illustration, I never studied it, I just do it because I enjoy it. But to answer your question, there’s very little I’m NOT into! 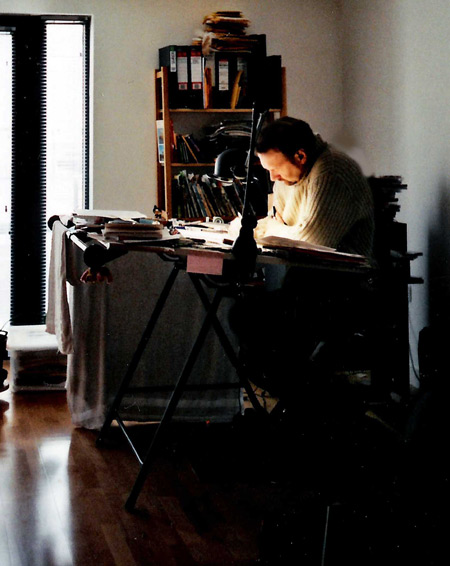 Alive today. That excludes so many of the best ones! But – Mike Noble, faultless; Leo Baxendale, hilarious. And Steve Ditko. Of course. I daresay they’re pretty much unknown outside comics!

Do you ever wish you were working for 2000AD?

How nice of you to be concerned that I might be unsatisfied at The Beano and have unfulfilled ambitions! The answer is no. 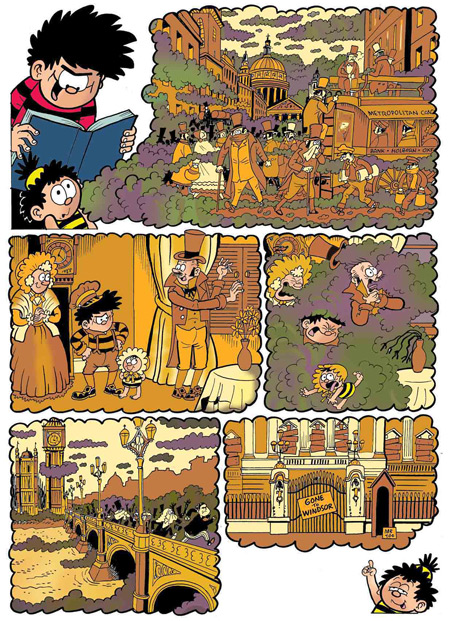 If you had a choice to become the artist in residence of any international company in the world – who would it be?

Artist in residence sounds like I’d have to go somewhere and set up an easel. I’m happy doing what I’m doing and where I’m doing it. Although…

If there was a live action Bash Street Kids move in production, would you take a cameo role in it, or curse the earth walked upon by the person who allowed it to happen?

I’ll be Teacher. Not really a cameo, but, hey! 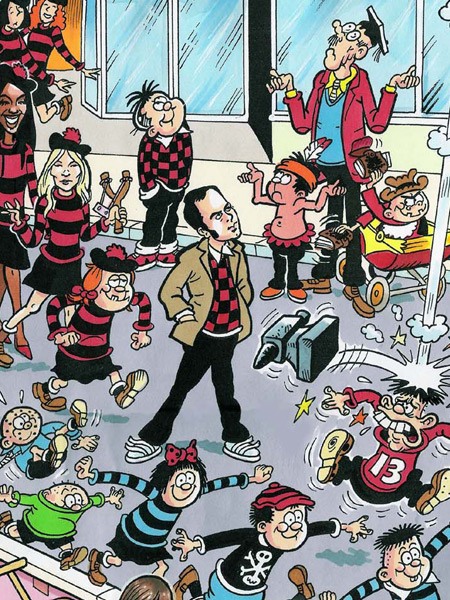 Is there anyone you would like to work with?

Never thought about it. You mean like a particular writer? Got someone in mind? Or do you have a mental picture of me and Lucien Freud doing a mural of Minnie the Minx?

What’s next in the pipeline for Nigel Parkinson?

Well you never know, but as The Beano is 52 weeks a year, with annuals and Monthlies and so on, I guess the answer is: The Beano. But, as I say, I’m open to offers! 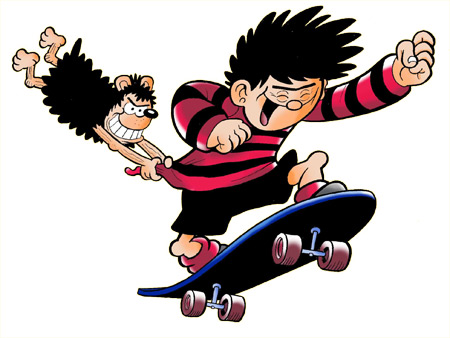 Harry Potter or Dennis the Menace?

Chalk or cheese? Mild or Bitter? John or Paul? Books or comics? No need to choose, you can have both, you know. In fact, it’s essential!

It depends if you’re hungry or really annoyed at a tin can on a wall. 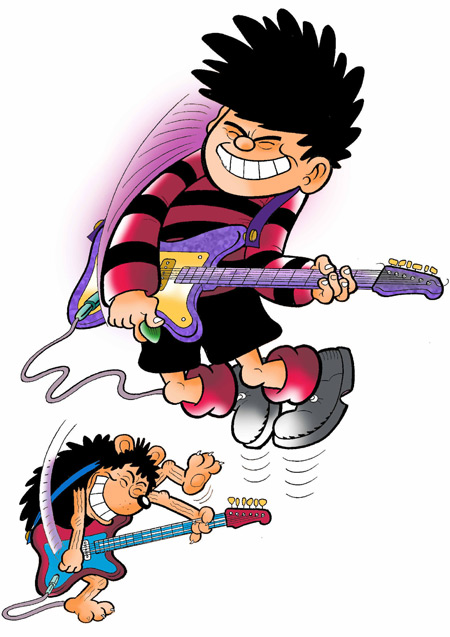 You can see more of Nigel Parkinson’s work at
www.beanotown.com