John Howe is a Canadian-born illustrator, now living in Switzerland, who is best known for his iconic Tolkien artwork. He first began depicting scenes from The Lord of the Rings trilogy as a teenager and since then has not only given us his vision of Tolkien’s world but has also illustrated many other books and tales. John also worked as a conceptual artist on Peter Jackson’s Lord of the Rings trilogy of films, as well as The Chronicles of Narnia.

When did you first decide that you were going to become an illustrator?

I think when I was about three… no, I’m kidding, but I've always drawn pictures and did want to pursue something involving art. Isn’t it strange how we all draw as children, but are so few as adults? Why do they all stop? Actually, perhaps it’s for the better, it makes for less competition. As for the profession, I think I put a name on it after high school. 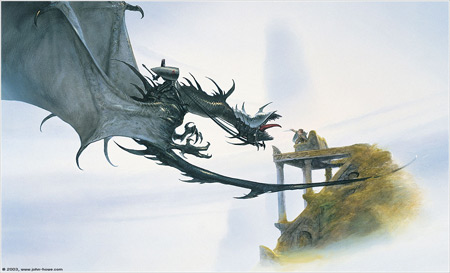 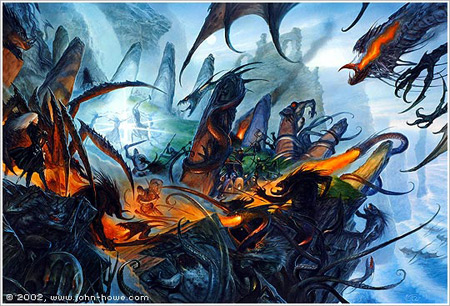 If you could ask J. R. R. Tolkien one question, what would it be and what do you think his answer would be?

I’m tongue-tied. How about: Do Balrogs have wings? I'd also like to know what became of all those musical instruments Thorin and his crowd left at Bilbo’s place. Is Frodo still tripping over them in the storeroom decades later?

If you could live your life again, would you do things any differently or make any other choices?

Of course! I'd be taller, much more handsome, with bigger biceps. Much smarter too. Excuse me? What would I DO differently? I wouldn't make the same dismal mistakes I made in the past. I'd also have gone into rocket science or brain surgery. No, seriously, I can't really answer that question. 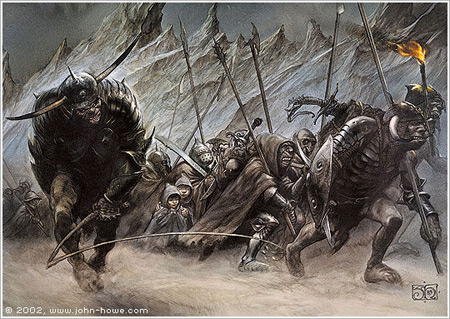 That's very hard to say, being seized simultaneously with the desire to eliminate them as unfair competition and to bow down before them where they stand on their lofty pedestals.

You work primarily in watercolours; is there any other medium you would like to try your hand at?

I have a stack of canvases all primed and ready to go in my basement. Am awaiting autumn and my mail order of oils. I've also got my sculpting tools all sharpened up. 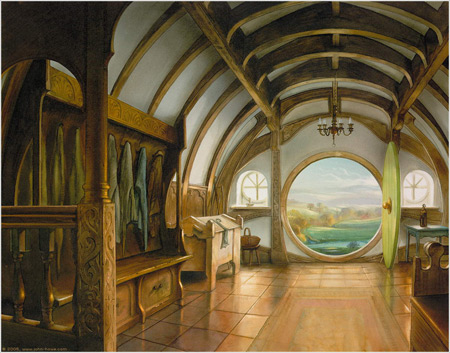 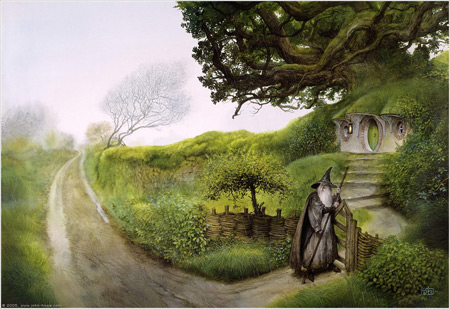 Nothing really collaborative beyond upcoming exhibitions, but yes, there are MANY people I would love to work with. Sorry? You want NAMES? 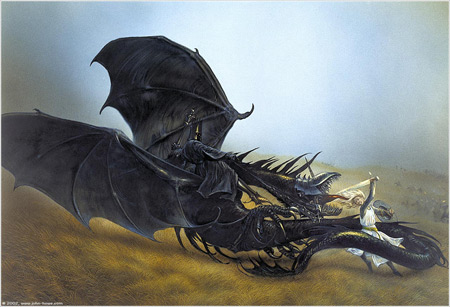 What’s next in the pipeline for John Howe?

One book on the burner, (that's what that burning smell is) both writing and illustrating, and two books coming out this fall: FANTASY ART WORKSHOP (with a preface by Terry Gilliam no less, so it's worth buying JUST for that) and a retelling of BEOWULF. 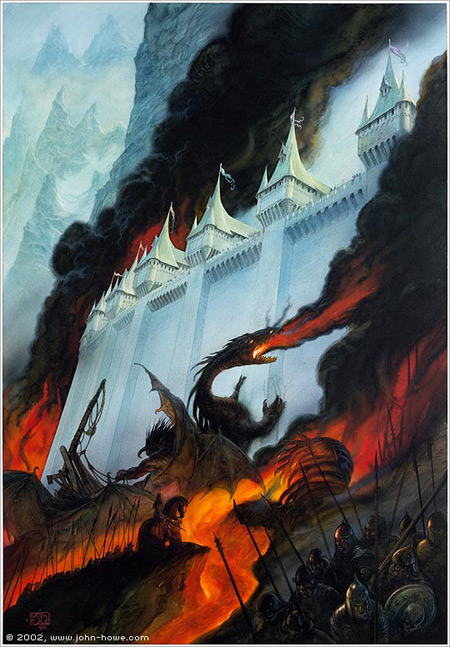 I think I prefer Maori, especially if the trip is included in the meal. 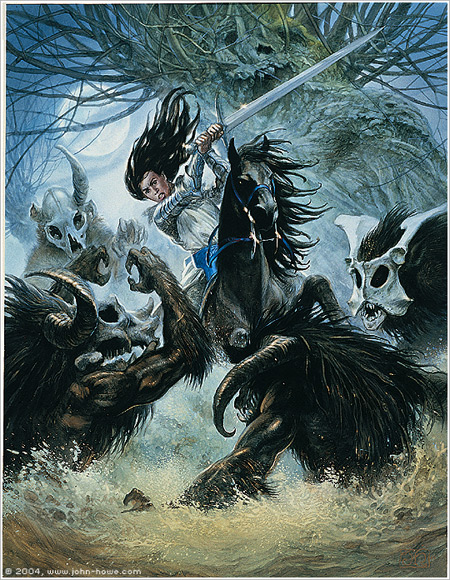 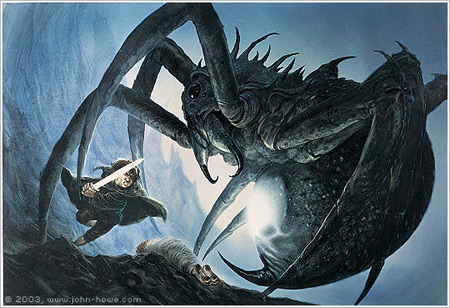 Are you ever tempted put away your brushes and retire?

You've got a deal; send me a cheque with a number of your choice between 4 and 6, followed by seven zeros and I'll do it. 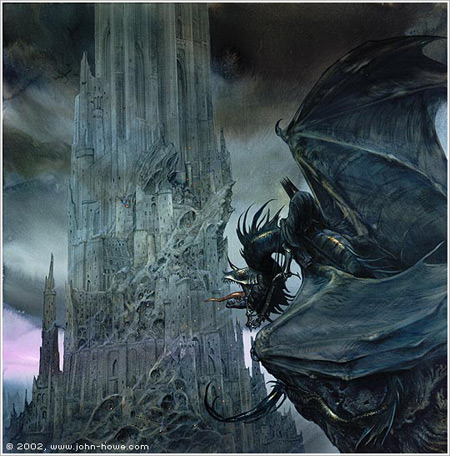 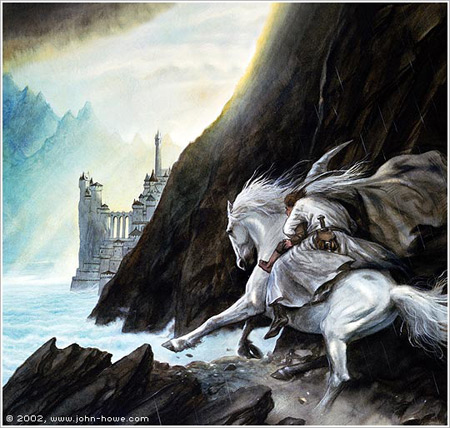 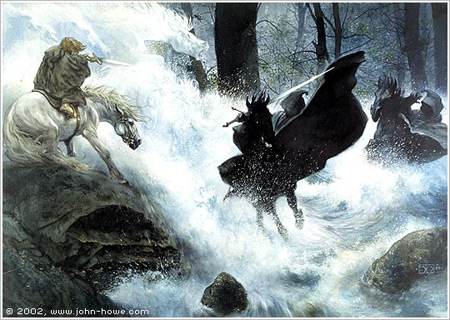 You can see more of John Howe’s work at
www.john-howe.com