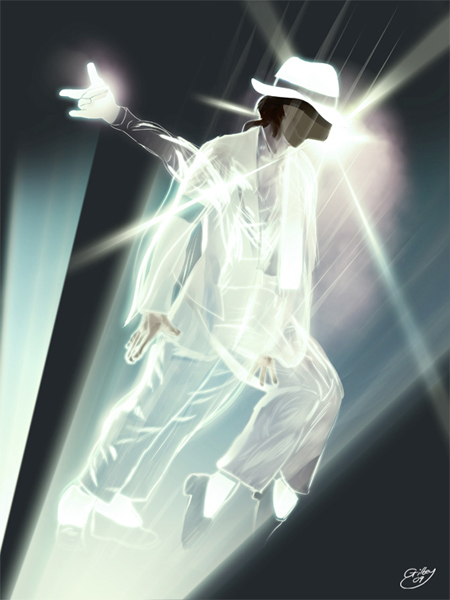 Growing up in the 80s, it was impossible not to be inspired and influenced by Michael Jackson. In this piece I wanted to pay tribute to that peerless energy he displayed when at his best, both as a singer/musician and as a dancer. Something that Björk said about him once has always stuck with me: “He’s a true believer in magic.”

Sam Gilbey has been drawing for as long as he can remember, and illustrating professionally since 2004. His distinctive illustrations often feature human figures and observational elements. Combining digital and analogue techniques, they have been featured on websites and in books, comics and exhibitions all over the world. Sam produced numerous illustrations for both the set and key scenes of No Heroics, an ITV sitcom produced by Tiger Aspect Productions, airing in September 2008 on ITV2.