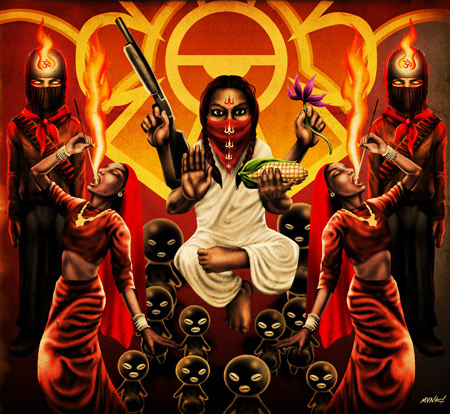 Hey, I’m Munk One and I’ve been an creating Art as long as I can remember. Growing up in So. Cal. I washed cars and other odd jobs until I got a job as QC in the Art dept. of a screen printing/merch. company that was then part of Warner Bros. I was still in high school and my goal was to become part of that Art dept. When I finally got that chance I ran with it. Working at breakneck speeds with talented artists at my side was great training. I got to work on many properties like Scooby Doo, Looney Tunes, Hard Rock Cafe, Harley Davidson and many more. I also got to work on a lot of band merch. Looking to improve my knowledge and skills I took a job in Northern CA. where I became the Assistant Art Director. I worked on and helped direct lines for Miami Ink, Ben Davis, WWE, Afro Samurai and many more. I was also freelancing at the time focusing mainly on band merch. In mid Feb. of 07 I decided to take the (scary) leap into freelancing full time and fine art which is where I am today… And I’m very glad I did.

Are you a rocker or just a geek with a pencil? What inspirers you to draw?

Actually I’m a pretty chill guy with too many influences to be labelled just a rocker, although I do enjoy going to shows. Living in a smaller town for the last couple of years I haven’t been to as many shows as I’d like to. I try to be a well rounded person since I think it helps in having a well of information to draw from when bringing concepts to life or trying to get a point across to a large audience. I think artists reflect life and the more they know, the clearer picture will be. My inspiration comes from other people following their calling and not just falling into the slot people place them. I’m awed by good lyricists and song writers since I could never do that, but at the same time my own Issues and emotions are allowed to take shape in my Artwork. I usually need music on when I’m working. 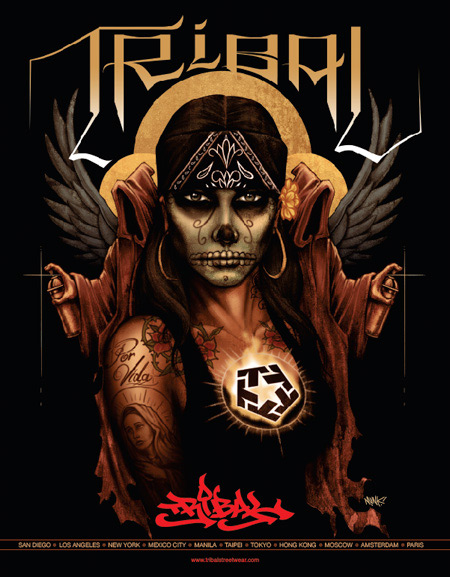 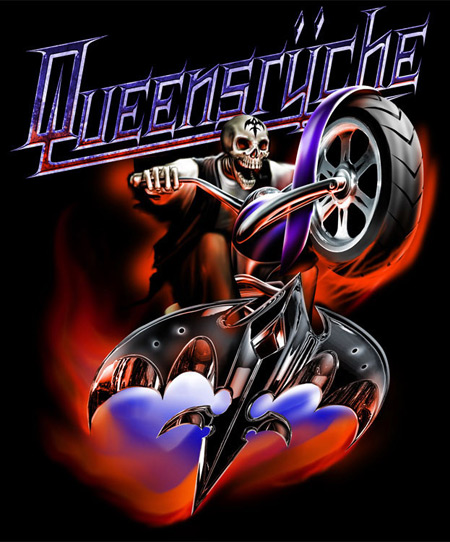 How much and how well does artwork for bands such as Korn, Bon Jovi, My Chemical Romance and Queens of the Stone Age pay?

Well…. It really depends on my schedule. My prices have gone up since deciding to go solo and also because people seem to know my work now and the higher prices keep me from getting overloaded. It also allows me the time to create something I am proud of.

I have a 3 year old daughter and I try and spend as much time as I can being the best dad I can be. Going to parks/Events, making candies and just being around for her to be able to answer her millions of questions. I love being a dad. I think the rest of the time does somehow revolve around Art. I also like pizza, history and current events, watching scary movies, and Space Mountain. OK… Maybe I am a geek. Ha ha. 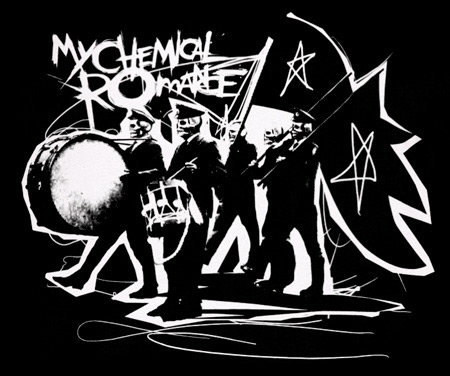 I'd have to say that Mode 2, Bansky, Michael Hussar, Mike Giant, Mark Ryden and Alex Grey have made an impact on me… Also Artists that I've met through the years like Craiger, Aye Jay, William Borde, 2Tone, The Deadbeatnik, Matt Loomis and Maxx242 deserve mention for their advice and inspiration.

Has it ever freaked you out seeing people wear your work?

I think when I was younger it did… More so when I see my T-shirt designs tattooed on some guys arm or rib cage. Although I have to say freelancing full time and doing fine art has opened many more doors to seeing my art on items other than just clothing. I’m pretty excited right now to see my art in Magazines, Posters, CD Covers, Skateboards etc. I also did a design for the 2nd round of Jeremyville's Sketchel project. 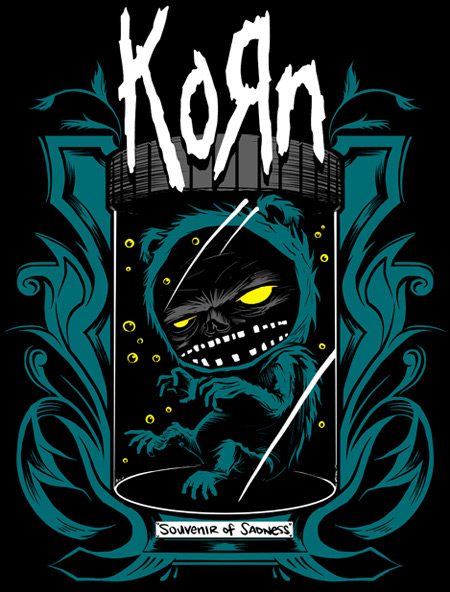 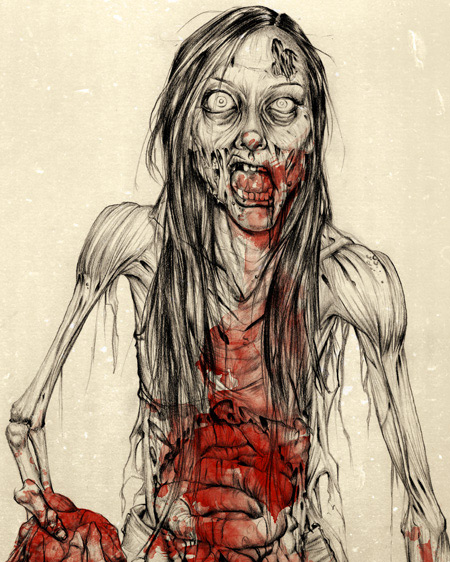 Have you got any tattoos? Can I see photos?

Yeah I have 12 tattoos at the moment, 3 of them I did on myself while apprenticing under Deborah Valentine. I was always into tattoos; they just seem other worldly when they are done well. I waited till I was older (early 20's) mostly because I was always trying to come up with the perfect design and never did. I finally realized that I could appreciate other artists' visions better than mine. I now find Artists whose style I like and have them do their thing. Nothing is really planned I just go with how I feel at the moment. If I feel absolutely anything is not right I don’t get it done. No, you can not see photos; I don’t think we are at that point in our relationship… Yet. With a choice of any space or gallery in the world; which city and venues do you consider to be hotspots and which ones would you like to show at? What do you think about the whole gallery thing?

Maybe it’s because I'm from L.A. and I’m biased, but LA. seems like the place to be. I like showing in galleries and try and do as many shows as I can in different places. I was stoked when I had a piece in a New York Group Show and would like to do nothing but fine art eventually, but not quite sure how it works yet. Ask me again in a few years. 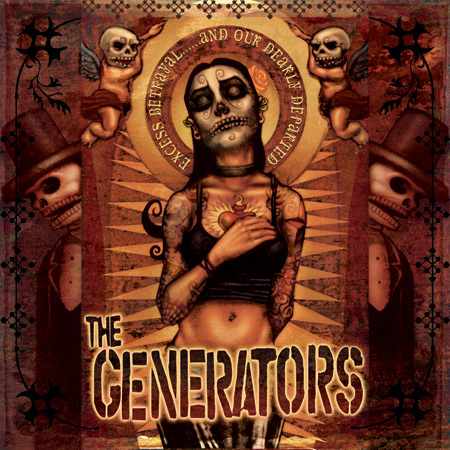 I’m supposed to be working on a large poster project with SPRFKR. And a Skateboard design with my Homeboy Matt Loomis for a underground Skateboard company out of Serbia. I think it would be rad to work on something with Mike Giant one of these days. He is such a bad ass. He’s the reason I even considered getting into doing tattoos.

Why are you called Munk One?

Ha Ha I used to get that one a lot. Especially from my parents… I had started my first full time art job and was introduced to other artists like Mute and Iggus, before that I thought only Graff writers used pseudonyms. From then on I knew that I wanted to make a name for myself through my Art. I had other names when I was trying (very badly) to graff as a kid, but wanted a fresh start with something that had no meaning to me or anyone else. Munk just stuck and the "One" got added later to separate myself from other Munk’s I had later heard about. 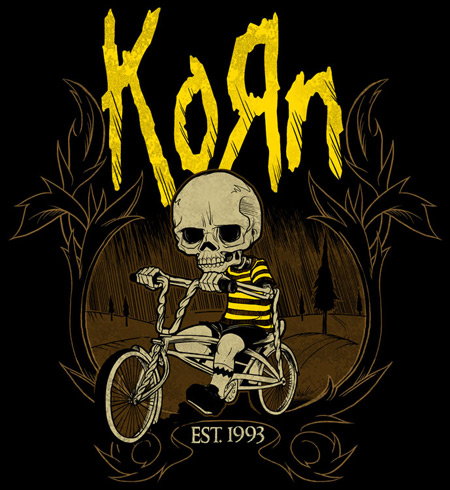 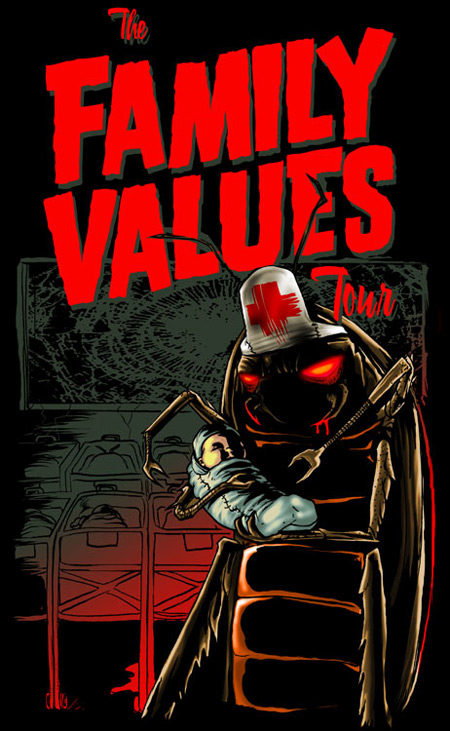 Bob Dob has got a vinyl toy on the way; when are we going to see a M1 toy?

Yeah I saw that… It looks great! Just like one of his paintings! I am going to be custom painting some toys for now but a M1 toy is def on my to-do-list. I think my characters would be well suited for Vinyl.

What’s next in the pipeline for Munk One?

Well I have a rep now which I’ve never had, so I’m going to see how that works out. I’ve been working with Tribal Gear on some new projects. I might also be designing a shoe soon. I’m finishing up a stage design with a huge backdrop for a band mentioned earlier… I cant say which one yet, but they will be on tour this summer! More shows, more Art… More, More, More. 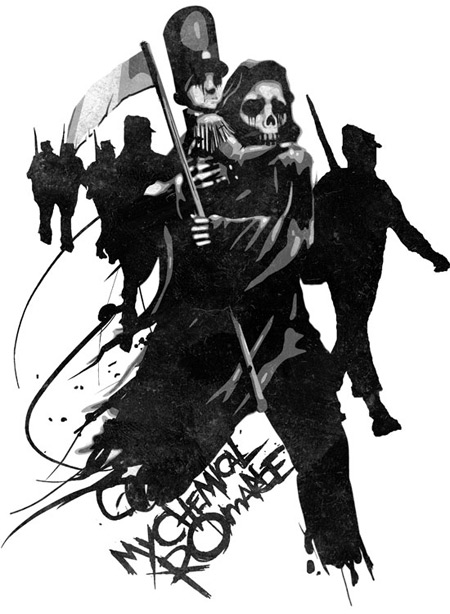 BBQ on the beach or an a la carte dinner in a restaurant? 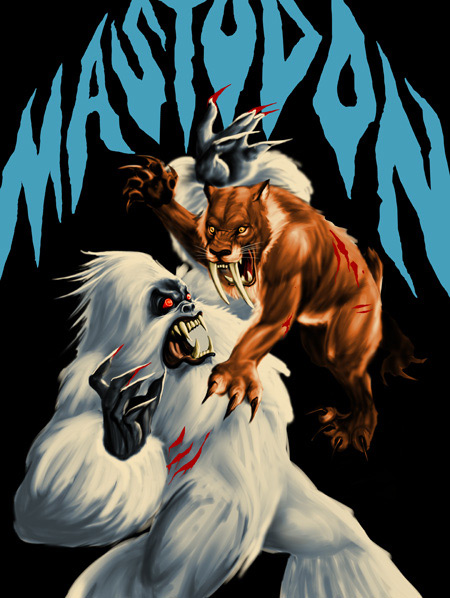 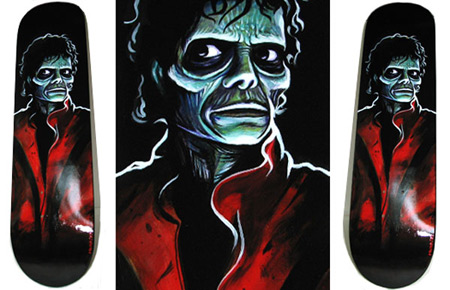 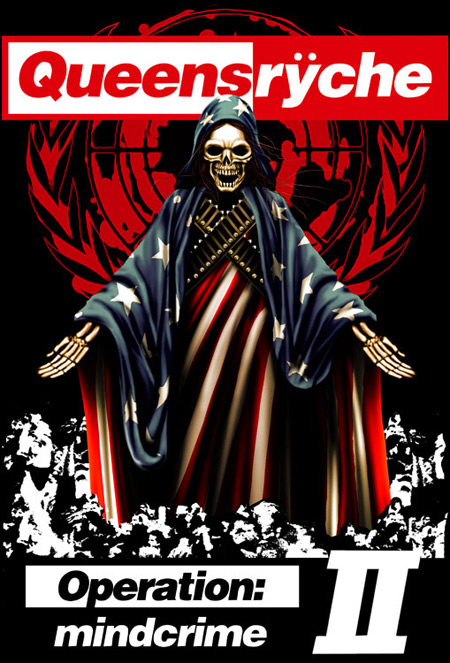 You can see more of Munk One’s work at
www.enjoymunk.com