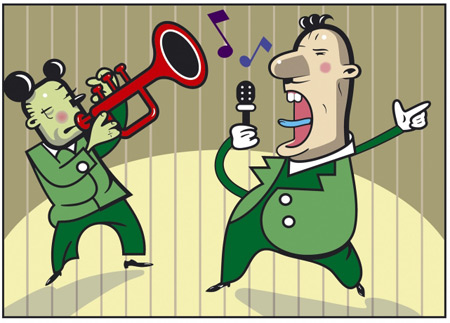 Born in Birkenhead, I was quickly up and about. Following four years studying painting at art school, I made an often precarious living as a spot cartoonist, a strip cartoonist, an animator and eventually an illustrator.

Despite my thirty years in the business, I still regard myself as only temporarily an illustrator, and imagine that when I grow up, I’ll be a fine artist, as nature intended. The truth is though, that the two activities of fine art and illustration, in my case, complement one another admirably. The disciplines involved in my illustration, those that I consider important, such as visual economy, intellectual immediacy and the seductive qualities of colour fields and uncluttered line work, inform my printmaking constantly. The highbrow hat that I wear as a fine artist precludes naked whimsy in my illustration.

I live in Bristol with my partner Jane. Our daughter Kitty now lives in London. We have survived the family dog, two cats and a very unpleasant rabbit. 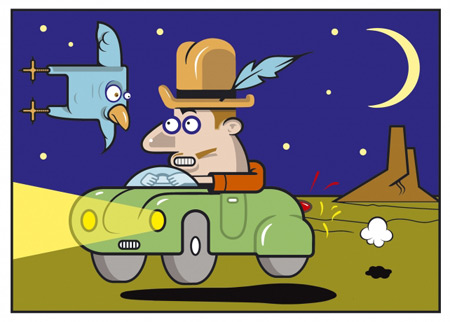 Do you think you’re too old to be an illustrator?

I did have the answer to this written down somewhere. Now where did I put it…? Longevity in this profession isn’t any particular advantage, but there are distinct disadvantages. Being asked to draw in what I recognise as an old, abandoned style can be a difficult pill to swallow. Self-doubt sets in, and I have to bolster myself up by artificial means.

Possibly the greatest disadvantage to having a few professional years under your belt is nothing more remarkable than the industry’s clamour for novelty, for new names and new techniques. I know a couple of illustrators who have reinvented themselves, producing new bodies of work which they have marketed under pseudonyms. I can see nothing wrong with this practice, but could not do it myself. I wouldn’t know which of me was answering the phone. 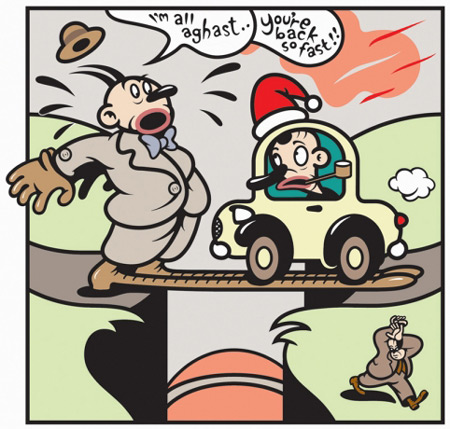 How much has the industry you love changed with the event of the digital age?

You mean illustration? I love working digitally, although I’m sometimes a little resentful that a style of drawing which took me years to develop using technical pens, airbrushes and lightboxes, is now so immediately available courtesy of Adobe. But what a box of tricks! I don’t believe that the fact that so many of us use the same software has caused homogenisation, any more than the airbrush made all airbrush art similar. I do though see a lot of work which I read as more computer than illustrator, and perhaps there might be a case for teaching restraint. I wish I’d grown up with technology and were more at ease with it, but I manage. I rarely see printed versions of my commercial work these days, it used to be a courtesy afforded by clients, to return artwork and some printed samples.

Proportionally I earn far less than I did in the eighties, in fact fees are abysmal these days. I earn less than I would like to. ‘Survive’ is a word open to interpretation. To pay my mortgage, bills, and eat, clothe and drive, I could survive on about Ã‚Â£16,000.00 a year. If I want to eat out, have an annual holiday, have a more pleasant standard of living, and pay other people to maintain my house, then I would need about Ã‚Â£24,000.00, which incidentally is the national average wage in the UK. 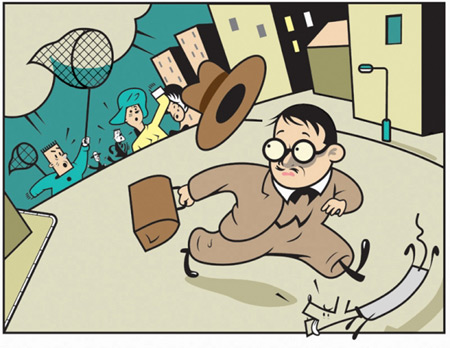 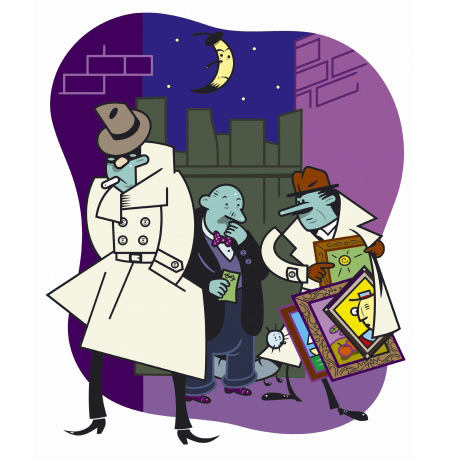 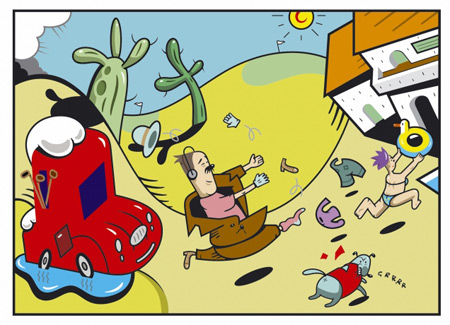 Out of all your client, which ones make you smile?

Some clients are incredibly picky, whereas others give me absolute freedom. I hate to think that I’m so shallow as to generally prefer those who give me carte blanche, and it is true that I have a good rapport with some clients regardless of their approach, but the closest I get to smiling is when a rough is approved with no alterations, the drawing goes smoothly and I feel that it has merit, the client sends their thanks, and the fee is at least appropriate to the time and effort.

I like films, particularly Monsieur Hulot films, and football, particularly Liverpool FC and Tranmere Rovers. Music is my true love…I would rather have been a musician than anything else. 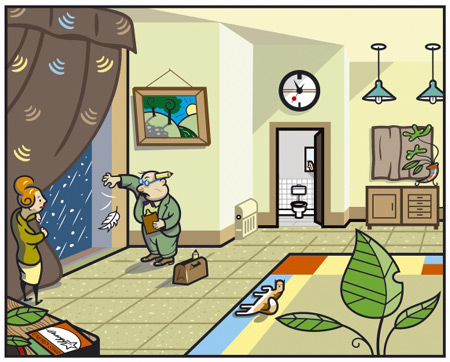 I wish you’d asked me this a couple of years ago, when they were alive! I’d have listed Frances Bacon, Roy Liechtenstein and Patrick Caulfield. I like an artist who I think is called David Nutt. Peter Blake is another of my favourites, as was Kitaj, but he died recently too. I’m a fan of more comic strip artists then illustrators…Chris Ware, Dan Clowes, Seth, Max, Charles Burns, Mark Beyer, Justin Green, Kaz, Swaarte. I like the drawings of Fabio Viscogliosi, Helge Reumann and Xavier Robel, Neil Burke and Mat Brinkman and Otto Siebold.

When you worked as an animator, what were the specifics of your job?

I joined a team who had been working on a feature length version of The Three Musketeers. I learned to do in-betweening, cell painting and inking, and background painting. I became secretly enamoured of a girl called Charlotte, and made her twenty cups of tea a day. I’m not a very demonstrative person, but when we went to see the rushes at a little cinema in Soho, I laughed ’till I cried at how bad some of the animation was. Charlotte didn’t offer me her hanky.

How is your commercial work produced? By hand or mouse?

Mostly mouse. If it’s a really sunny day, and the timing is right, I may sit in the garden with pencil and paper. Some work that I do for myself is drawn quite brusquely with Indian ink and a paintbrush onto watercolour paper, scanned onto the computer and coloured up in Photoshop. I’d love to work like this commercially, perhaps I should try a pseudonym after all. 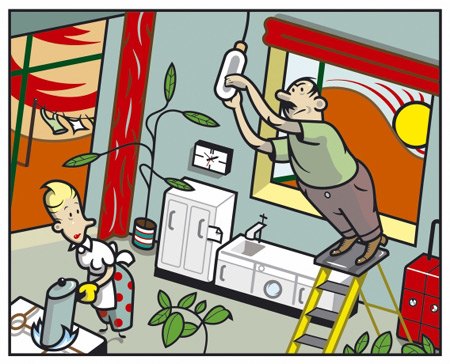 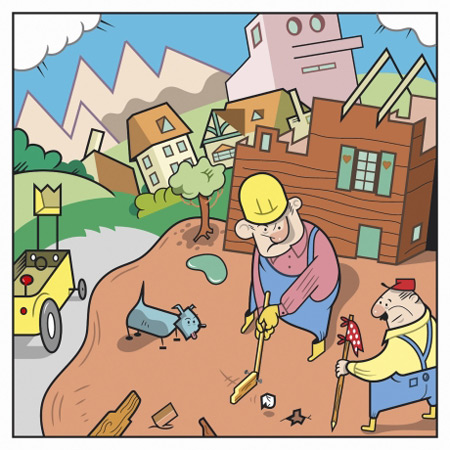 Have you ever exhibited any of your art pieces? If so where did you show them?

Lots of places, most recently at an Arts club in Bristol, at The Royal Academy in London and The Royal West of England Academy in Bristol. I’m to have a show of work in Bath in October.

I don’t know how to get one, or whether or not it would be useful. Maybe I should buy a template…?

Are you involved in any collaborative projects at the moment or is there anyone you would like to work with?

What’s next in the pipeline for the Kevin O’Keefe ?

I’m working on several prints, and a book which is neither graphic novel nor artist’s book, but is a little of both.

The Dandy or The Beano?

The Beano…probably because it appeared later in the week, or closer to the weekend to be precise, than The Dandy.

Bangers and Mash or Fish and Chips?

Bangers can be wonderful, but they can also be abominable. Fish tend to be skinned top and bottom in the North of England, where I grew up, but the underneath skin is left on in the South. Heinous! Assume good bangers and good fish, then the bangers are more wholesome and what you might eat for supper, but the fish, on the way home from the pub, is difficult to beat.

I’ve never liked cats, although I don’t dislike them either. I hate to see them doted on. I prefer dogs, but I prefer the dogs to be other peoples’.

Harrods, even if you can’t afford it. It’s free to drool in the Food Hall. 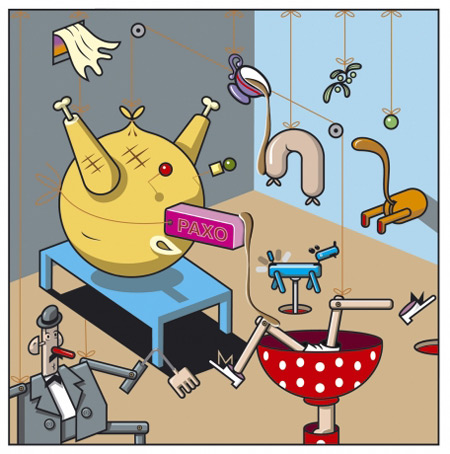 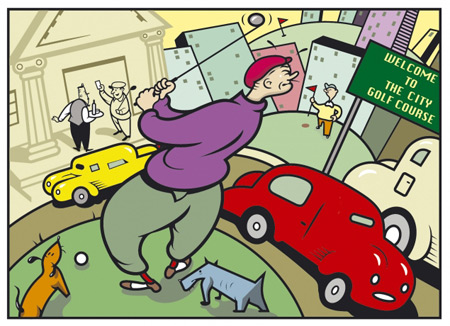 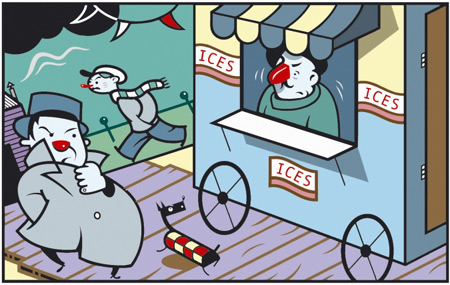 You can see more of Kevin O’Keefe’s work at
www.agoodson.com and www.hireanillustrator.com