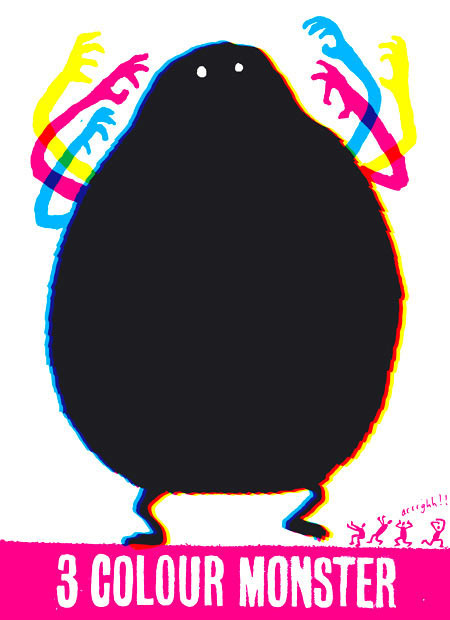 Andy Smith graduated from the Royal College of Art in London in 1998. Since then he has worked as an illustrator for clients such as Nike, Expedia, Mercedes, Vauxhall and Orange. His work is about characters, humour and events and is inspired by his immediate surroundings to create a visual world that is all his own. Illustrations are combined with strong typography and copywriting skills to create work that speaks for itself. As well as commercial work he also produces self published books and prints. These are hand silkscreen printed and allow him to continue and develop his stories of Fatty, the target people and other strange goings on. He lives and works in Hastings, East Sussex.

How many times have you been told Ã¢â‚¬â€œ ‘Do you really draw silly looking stick men and get paid for it by the likes of Time Out, Nike, Orange and Vauxhall? Are they mad? Or am I missing something?’ And what is your automated response to this sort of question?

This is the kind of thing my parents might say. I’ve stopped bothering to explain to them, its best to just change the subject. No clients have dared to say that, I suppose if they are thinking like that we probably won’t be working together anyway. I expect they say it after the phone has been put down.

How much do the big boys pay you; is it comparable to the size of the companies?

The big boys can pay a lot but obviously it depends on where stuff is going to be used. Strangely enough it tends to be the smaller jobs that are the more fiddly and time consuming.

I prefer to bash stuff out so short deadlines suit me, it tends to work better if you don’t have too much time to think about things. 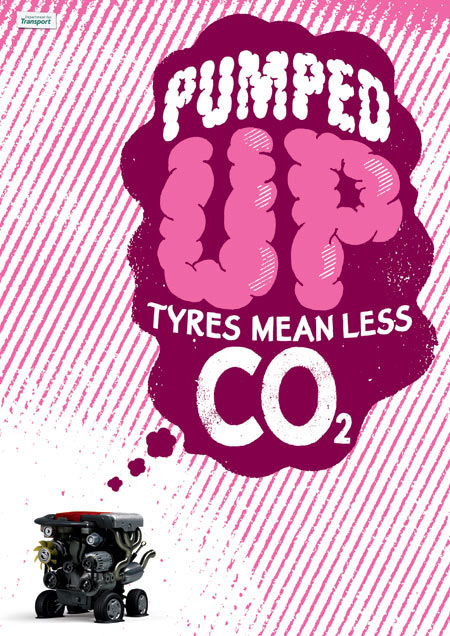 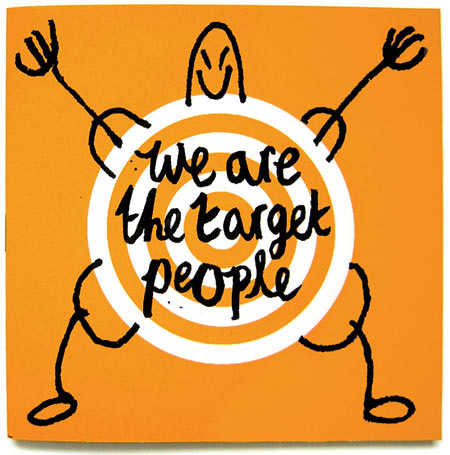 I don’t seem to get time for much else, so just boring stuff like relaxing and sitting about.

I have a piece in a new book called ‘If you could do anything tomorrow what would it be?’ by Will Hudson and Alec Bec I think the page of contributors is a pretty full list of good illustrators and designers who are working today. I haven’t seen the book yet but I’m sure it will be interesting. 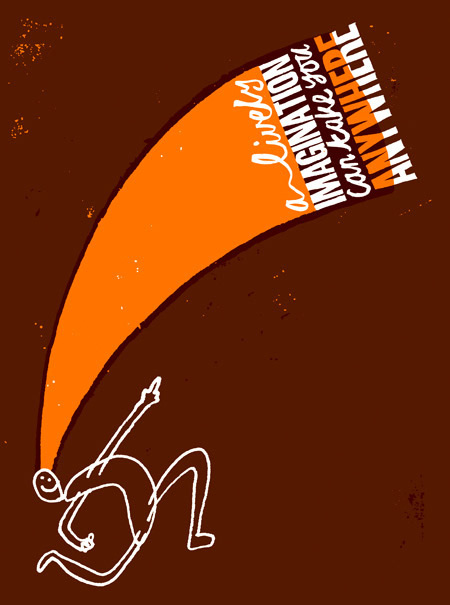 What makes a good screenprint? Do you have a home studio and how often do you involve your monitor and mouse when you are working?

The thing I like about screenprinting is that it gives you limitations with the amount of colours you’re using and also the fiddleness of the image, (delicate stuff is difficult to print) and so you have to allow for this when you plan your image. I think the best screenprints are the ones when this has all been thought about. Once you come to print all the decisions should have been made and you can just switch off and print, become a robot for a while. I don’t have a screenprinting studio at home, I usually hire one when I need to print as I don’t really do it that often. Commercial jobs don’t really allow for it as there are always last minute changes and to reprint would be a nightmare. I just screenprint if its stuff for myself or for promotional books and posters. It means I don’t have to get involved with temperamental printers (except for myself). So most of the time I’m a monitor and mouse man, its less messy too. Except for that black sludge that builds up around the bottom of the mouse.

Has the vinyl toy market ever caught your eye, what would an Andy Smith toy look like?

Hmm I’m not sure. I think it would have moving parts though. I’m not sure about the ones that just stand there like lumps, what do you do with them? Maybe it would have a pencil sharpener incorporated so it had a point in life. I think I’m more into storytelling than characters so I’d be keener to make a book to go with the toy than the toy itself. 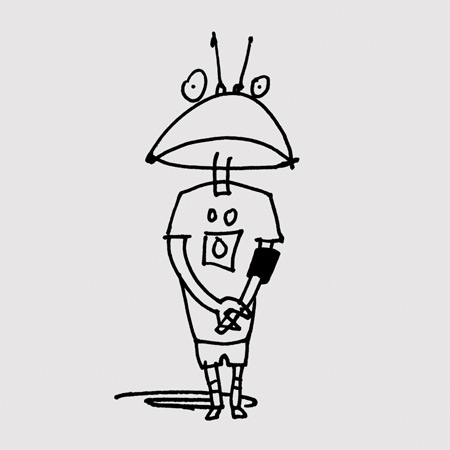 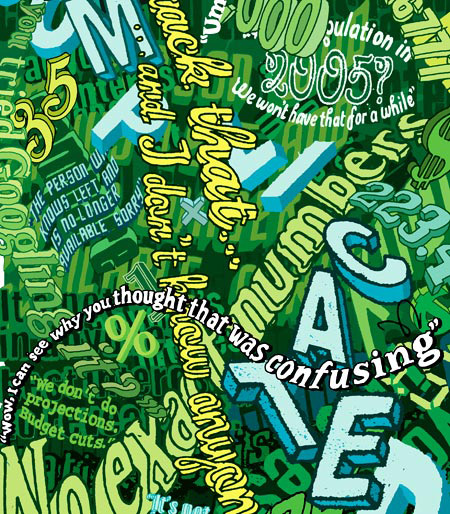 Do you exhibit your work? What do you think about the whole gallery thing?

I’ve never had an exhibition of my own as I’ve just never got around to it. I expect one day I will as I have a plan chest full of screenprinted posters that would probably look good as a set. I put stuff into group show when asked which is a lazy way to do it. I had some work on show at Colette in Paris recently and Soma Gallery in Bristol show my work and lots of other great stuff. Also Shelf in London have my books. 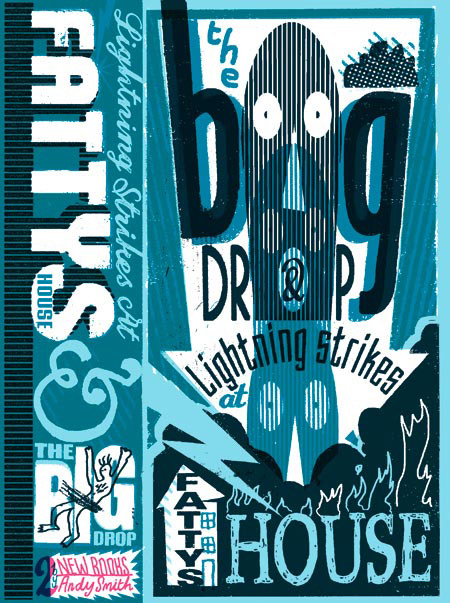 What’s next in the pipeline for Andy Smith?

I’ve just had a fairly busy time doing 15 posters for McDonalds (France) and some ads for Freeview here in the UK. I’m hoping for a little time off so I can do boring things like cut the grass.

Life of Brian or Holy Grail?

Fish and Chips or a Sunday Roast?

That’s a difficult one but it would probably be a Sunday roast. It’s much harder to come across than fish and chips, which you can get anywhere. Sunday Roast is more exclusive.

Part of working for Nike meant I had to swear allegiance to them so Reebok haven’t got a hope. They’ll have to offer me a job to get my support!

A jumbo marker pen or a bucket of paint?

A bucket of paint, it’s more gooey. Though you have got the fumes with the marker….. 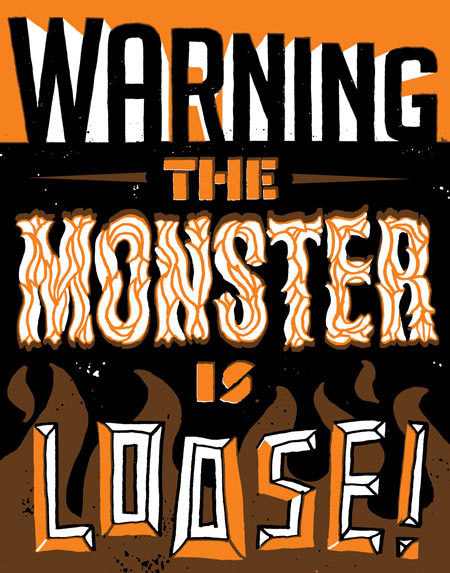 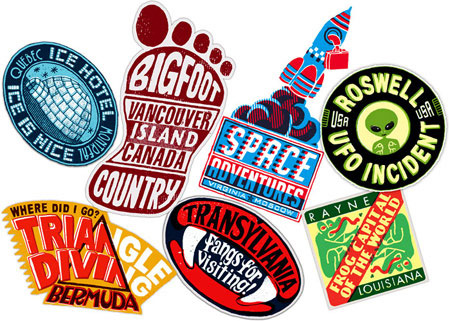 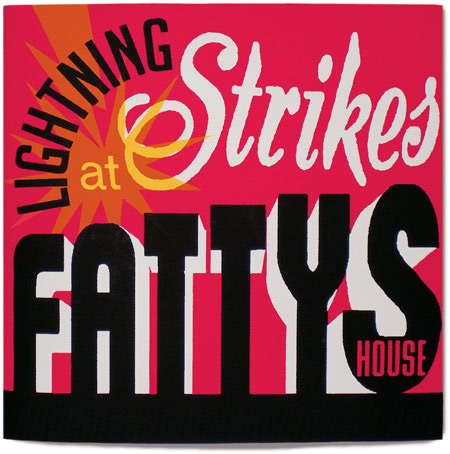 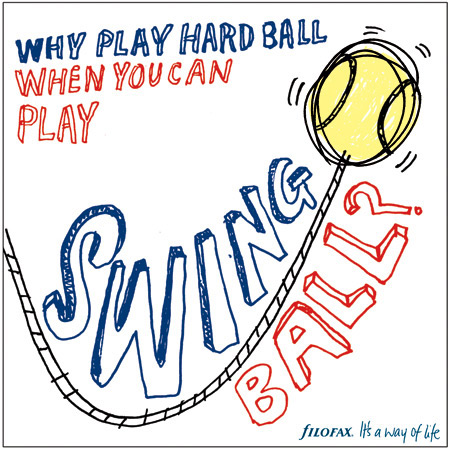 You can see more of Andy Smith’s work at
www.asmithillustration.com