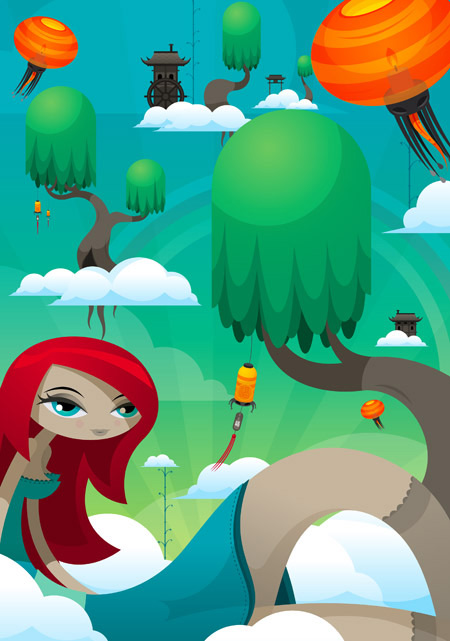 What would you do if you could never go near a computer again without it exploding because you had built up a static charge comparable with the national grid as result of rubbing your head against to many balloons?

Funny you should mention this, it actually happened to me the other day… I am now officially banned from balloons. My art career actually started off with a pen and piece of paper and I still enjoy sketching as a form of art. Having no computer would certainly put a stop to digital art and animation; however, I would then find another avenue to express my creativity Maybe traditional cell animation or stop motion…


How much money would you charge for a one off custom skateboard?

I am currently customizing a skate-deck for the Across the Board Art auction for the Cancer Council of Australia. So for a great cause like this, I would charge nothing. 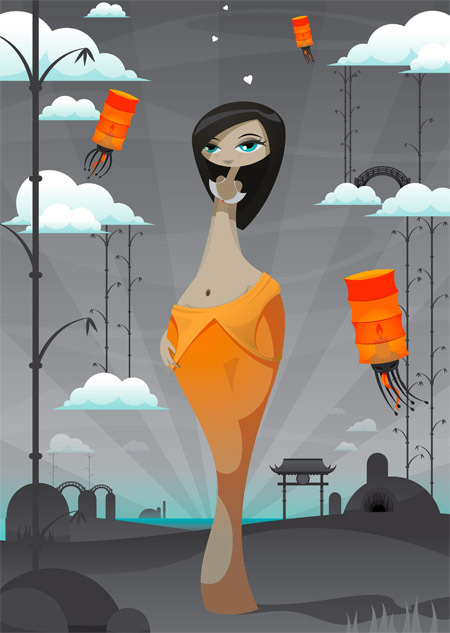 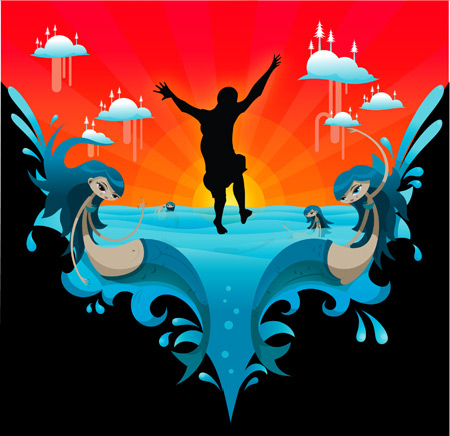 I like to play around with Flash and bring my Skaffs characters to life through 2D animation. I also love listening to and composing music. I play the guitar and I try and incorporate that into the music that I create. I have written all the music for my animations. I'm also a black belt Taekwondo. It's my form of release when I have a mind freeze. 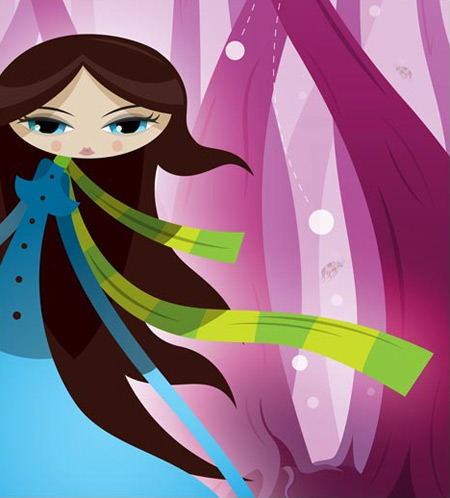 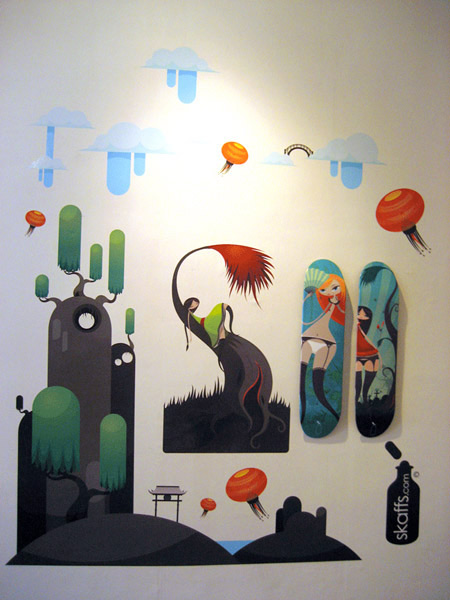 After 10 years in the business are you ready to quit yet?

Heck no! I thrive on the new and crazy challenges every year brings.

I've noticed a number of other great illustrators working on recent Coca-Cola campaigns. How did you get that gig?

Interestingly enough, their agency read a magazine article on me. They approached me and wanted me to use my Skaffs sexy chicks to lure in consumers. I think it is a very cool idea for Coca-Cola to modernize their marketing campaigns and delve into the 21st century art world. 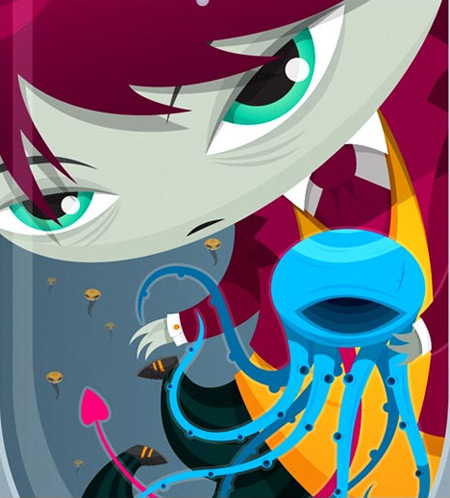 I've been fortunate so far to have exhibited in Melbourne, San Francisco, Los Angeles, Seattle, Tokyo, Singapore and Hong Kong. To exhibit in New York, London, Paris, Prague, Barcelona or Berlin would be an awesome opportunity.

I hooked up with Pop Cling in 2006 to develop giant vinyl adhesives and a skate deck line. I've collaborated with Pimp My Scoota (www.pimpmyscoota.com) to design some Skaffs Scooter Decals. I recently submitted some custom K-swiss sneakers that are going to tour Asia. And I am always dabbling in the customization of vinyl toys. My dream collaboration would be to develop a feature film with Hayao Miyazaki or to work on a stop motion film with Tim Burton using my characters. 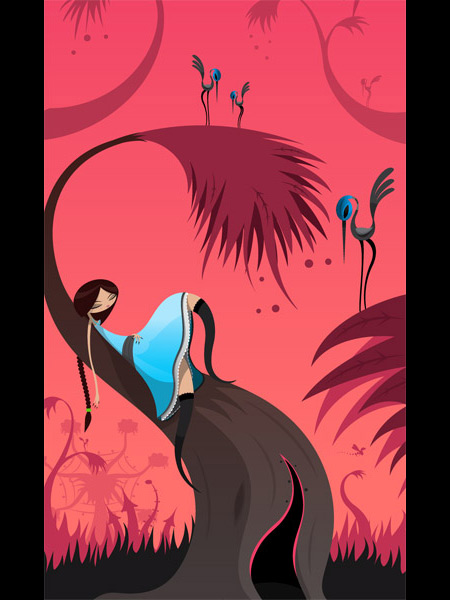 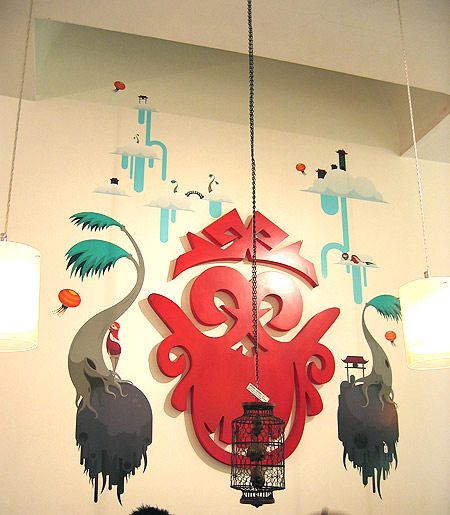 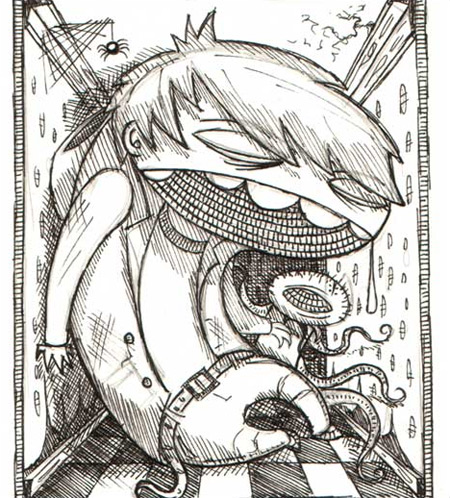 What’s next in the pipeline for Luke Feldman?

I recently signed with Wheaty Wheat Studios to produce a line of vinyl toys. I am super stoked with that. There are plans to expand the product line with Pop Cling. I also have a couple more exhibitions this year that I am preparing for. You'll have to keep an eye out on www.skaffs.com for upcoming details. And I will continue to work on my Flash animation concepts for television. My ultimate goal is to see my animation concepts developed into a TV series some time soon! 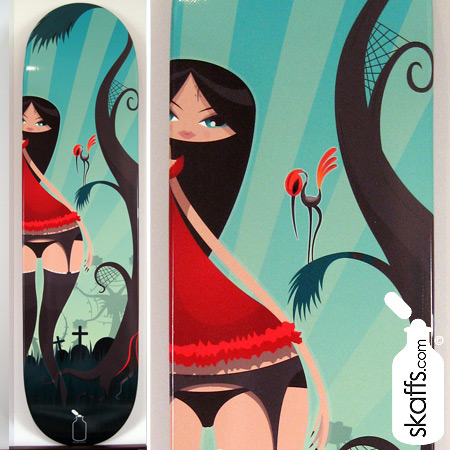 Burger King. It reminds me of a burger place we have in Australia called Ã¢â‚¬Å“Hungry JacksÃ¢â‚¬Â where the burgers are flame grilled.

That's a tough one as I love both.

Coca-Cola (of course, I am biased!) 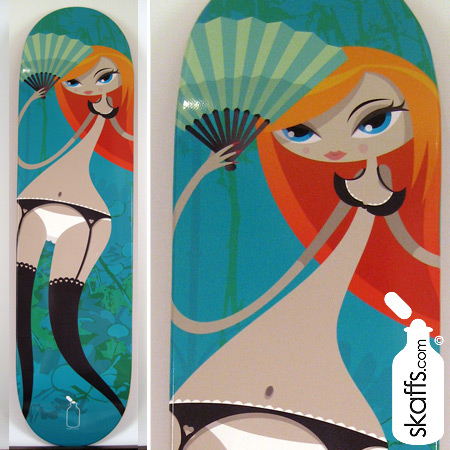 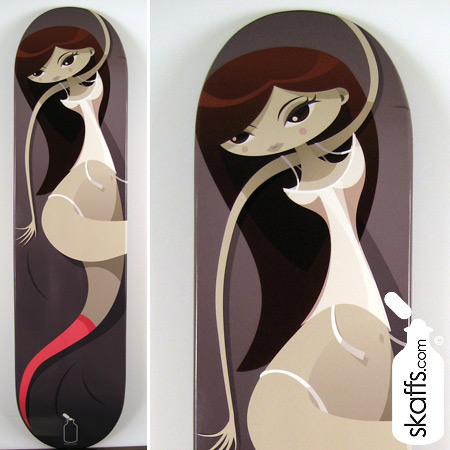 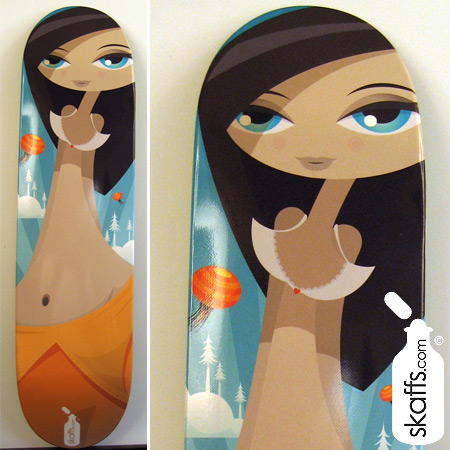 You can see more of Luke Feldman’s work at
www.skaffs.com