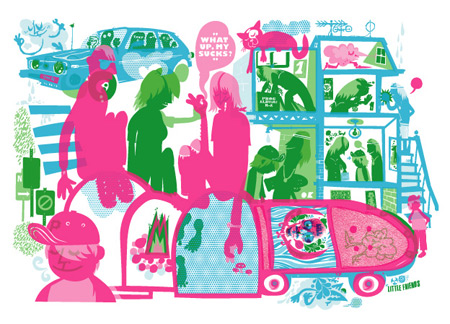 The Little Friends of Printmaking are a husband-and-wife team of silkscreen artists living and working in Madison, Wisconsin. Emerging onto an already crowded poster art scene in early 2003, The Little Friends quickly established themselves as an indispensable new talent. They are best known for the interplay of layers in their prints, and a playful looseness that leads the viewer to consider the process by which the image was created. This notion is central to their work– As commercial screenprinting becomes practically obsolete, the Little Friends do their part to demystify the process and re-affirm the qualities that make screenprints desirable and unique among works on paper. Their visual language is steeped in popular and material culture: toys, comics, television cartoons– rock posters as re-imagined by an acid-burned 5-year old.

Do you ever fight while working and do you ever get high on the paint fumes?

J W Once Melissa threw a big bowl of dirty water at me. I wouldn't call that fighting because I wasn't doing anything to provoke her. Something wasn't working out quite right and I ended up with chemicals in my face. That's about as heavy as it gets.

Melissa It wasn't a BIG bowl. People are going to think I threw a huge punchbowl at you. It was just a large mixing bowl. And I didn't throw it Ã¢â‚¬â€œ I karate-chopped it. Jeez.

J W I wish we got high on fumes. The ink is waterbased. Printing is exhausting so emotions can run high, but we don't really fight as much as throw a temper tantrum. Our working relationship is pretty good.

How much money do you make from selling posters?

J W What are you, the fucking IRS? I'll say this: we make decent money doing Little Friends, but every penny of it has to go back into our operations. It's enough to live on if we wanted to live like dirty bums. So we do a day-job thing and reinvest everything else to build the business.

Melissa Right now, we're working with a museum in Milwaukee, Wisconsin to develop a Print & Publishing lab. It's a lot of work.

How much of you work is created with old fashion tools and how much is created while burning your retina’s while staring at a computer screen?

J W It's 99% computer-based. We work from an itty-bitty marker sketch (about 3 inches square) and then take it into the computer. But everything's hand-printed in the end. There are such restraints when you're designing for screenprint that I say go ahead and use the computer because you need all the help you can get. 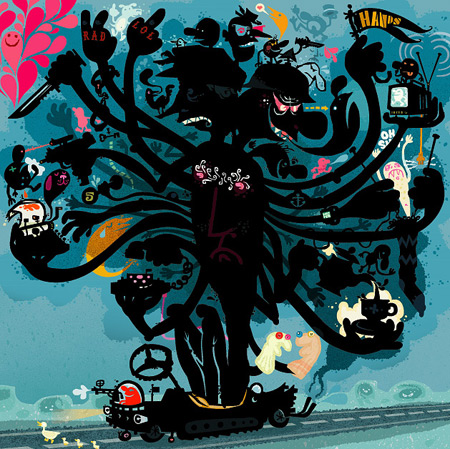 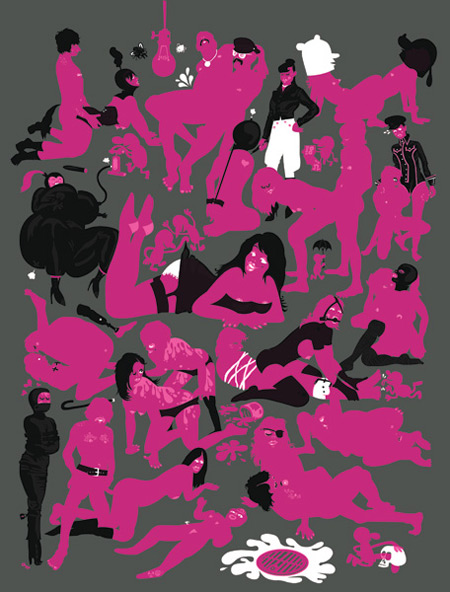 Apart from illustration and printmaking what other things are you into?

Melissa No, nothing. Nothing at all. Well, we like watching TV.

J W Melissa's favorite shows are the house-buying show where the people are looking at the houses and they say Ã¢â‚¬Å“no, I don't like this oneÃ¢â‚¬Â and the house-fixing-up show where people cram ugly shit into a shotgun shack and try to sell it for a half-million dollars.

Melissa I think you're forgetting the shows about medical deformities.

J W Oh yes, I forgot about that. There was this show that you started watching called Ã¢â‚¬Å“I Shouldn't Be AliveÃ¢â‚¬Â and I thought it would be about the mermaid babies and one-eyed people with lobster hands, but it was about something else.

Melissa Yeah, I just want a show called Ã¢â‚¬Å“Please Kill Me Ã¢â‚¬â€œ Why Do I Live?Ã¢â‚¬Â It could just be a best of the medical deformities shows.

Who are your favorite artists/illustrators alive today?

Melissa I really like David Weidman… I feel really restricted by the Ã¢â‚¬Å“aliveÃ¢â‚¬Â thing.

What recognition have you had from your peers so far and what awards would you like to win?

J W Well, we just won Young Guns this year, but I wouldn't call the Art Director's Club our peers. It's like they reached down into the muck and pulled us out from the sewer. Going to the reception was a trip. Awards aren't really on our radar at all.

Melissa We're just trying to do a good job. If an award came into my room in the middle of the night and was like Ã¢â‚¬Å“Melissa, I love youÃ¢â‚¬Â I wouldn't throw them out of bed or anything.

J W There's a lot of collaboration projects that we've totally put off, which I'm sure makes the people who asked us to do them feel really warmly towards us.

Melissa We've just moved to a new city so some of that fun stuff moved on the backburner, and then from the backburner into the sludge pit at the bottom of the broiler.

What’s next in the pipeline for The Little Friends of Printmaking?

Melissa We're working on a few toys right now. We're doing some corporate work while hammering out this museum stuff. We have a few shows this year that we're working on Ã¢â‚¬â€œ one is at the end of January 2007, so we better hurry it up.

J W Let's see, Love is a band we like and Life is a delicious children's cereal.

Melissa However, Life is a very very boring board game.

J W This is true. The best part about the game is setting up the pieces, but three hours later when you're trying to decide whether to send your kid to a state university and you're eleven years old and wishing you were outside riding a bicycle, and then someone crashes their plastic car into yours and you don't have insurance, that's when you tip the board over because that game is shit.

The Wizard of Oz or Casablanca?

J W I don't like either of those movies. I mean, they're serviceable enough. Chuck that old-timey garbage in the bin!

Melissa Okay, what about Get Carter or Psychomania?

J W Well, Get Carter doesn't have nearly enough people staring at giant frogs, but I can overlook it. Get Carter is probably the better movie. Can I ask you: The Bad News Bears or Brewster McCloud?

Melissa You broke my brain. Asshole. How can I even choose? 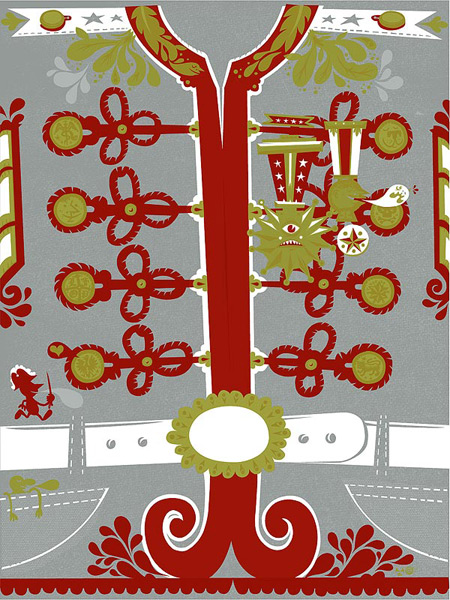 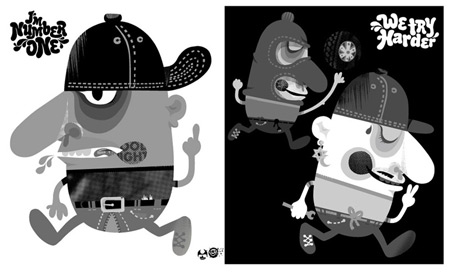 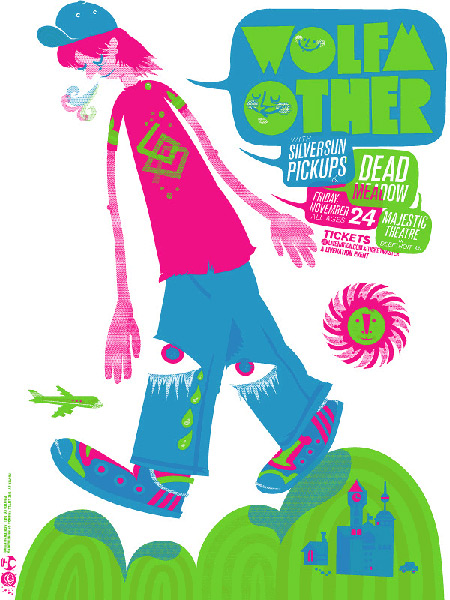 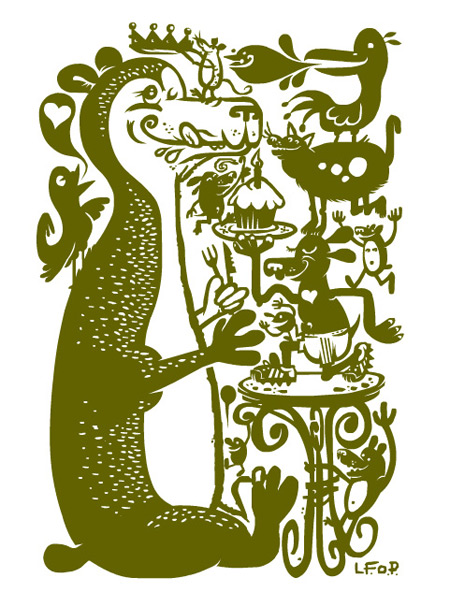 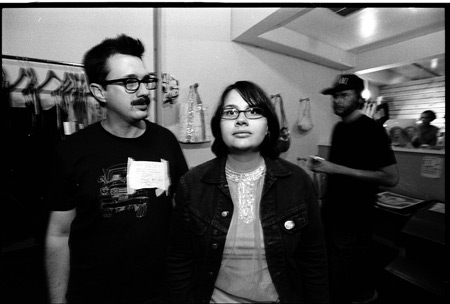 You can find out more of JW and Melissa’s work at
www.thelittlefriendsofprintmaking.com